Our march through the Top Ten Disney Theme Park Controversies (T.T.D.T.P.C.) continues as we cross the midway point with #5.

Click HERE to cath up with the first 5 entries.

One little spark of inspiration is at the heart of all creation… so goes the catchy tune that served as the theme song not only for Epcot’s Journey Into Imagination pavilion but in many ways also for all of Disney in the 1980s. It is upbeat, optimistic and eminently hummable. Yet despite the broadly loved song and the royal purple dragon (the aforementioned Figment) who sang it, someone within Disney had a very different type of inspiration and decided to remove both the song and the singer in 1998. 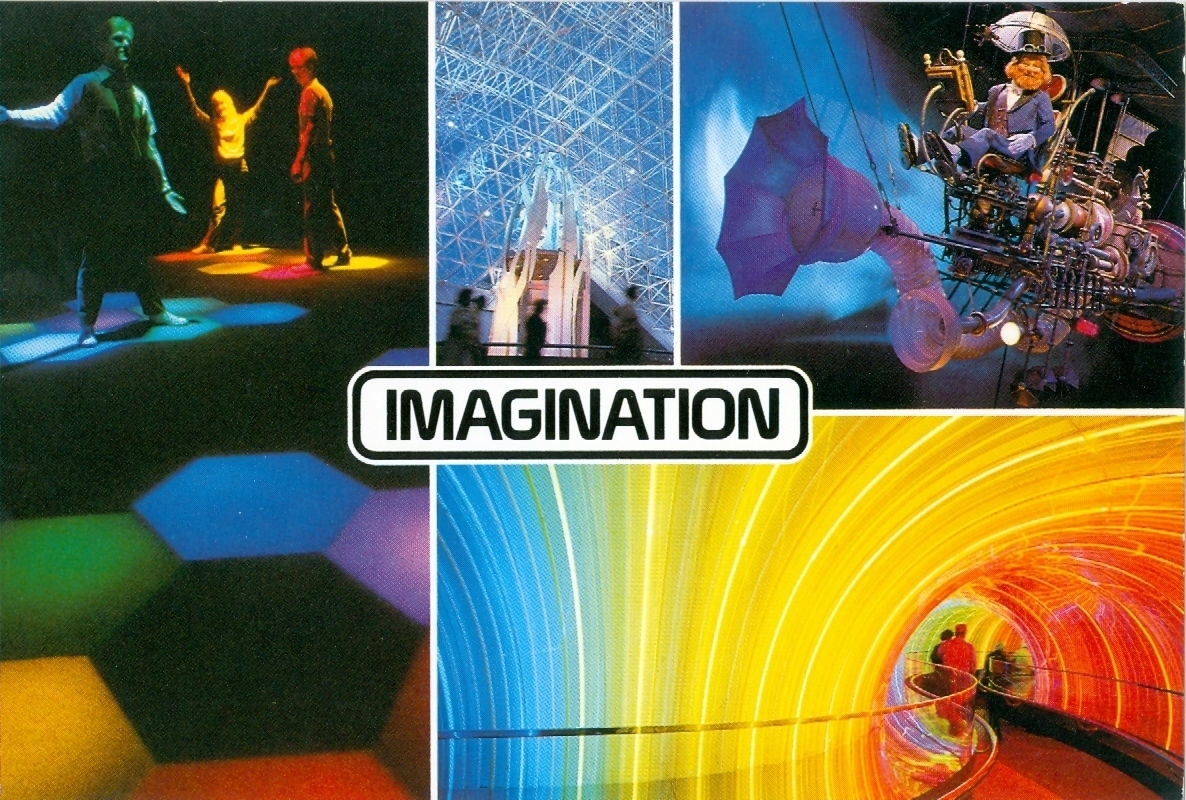 Bright and optimistic was replaced by dark and insulting

In 1999 an all-new version of the attraction opened, creatively titled “Journey into YOUR Imagination”. In this version guests entered “The Imagination Institute” which was a tie-in with the 3-D movie Honey I Shrunk the Audience. After boarding ride vehicles (now red instead of the original purple), guests were scanned and immediately insulted (the scanner states that the entire audience had no imagination whatsoever). Visitors then proceeded through a series of dark rooms featuring rudimentary optical and aural illusions. These basic tricks were said to energize guests’ imaginations until the final scene, when they were scanned once again and found so full of creativity that the machine exploded with light and sound. Figment, his human partner Dreamfinder, and all the original music were absent (save for a few throwaway cameos from Figment). 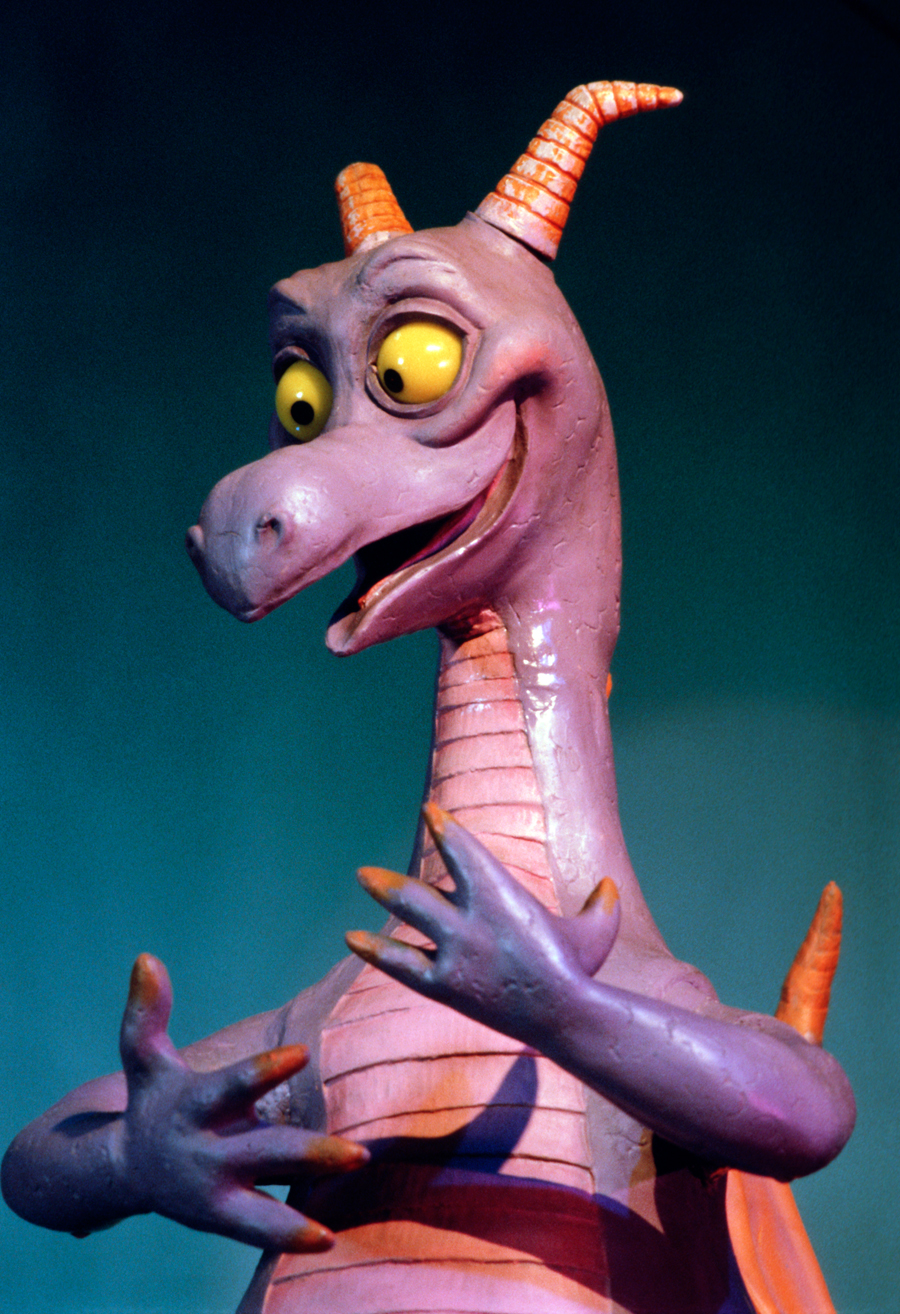 Fans were seriously outraged. Figment and Dreamfinder were not only beloved characters but also the faces of Epcot. They were original creations of the park and managed to gain such popularity that they grew beyond being simply a ride or even park mascots and stood shoulder to shoulder with some of Disney’s most famous creations. Figment and Dreamfinder plush dolls, key chains, picture frames and merchandise of all sorts flew off the store shelves; Figment was a star. Yet in a move nearly on par with the New Coke debacle Disney decided to remove them both, erasing them from memory. 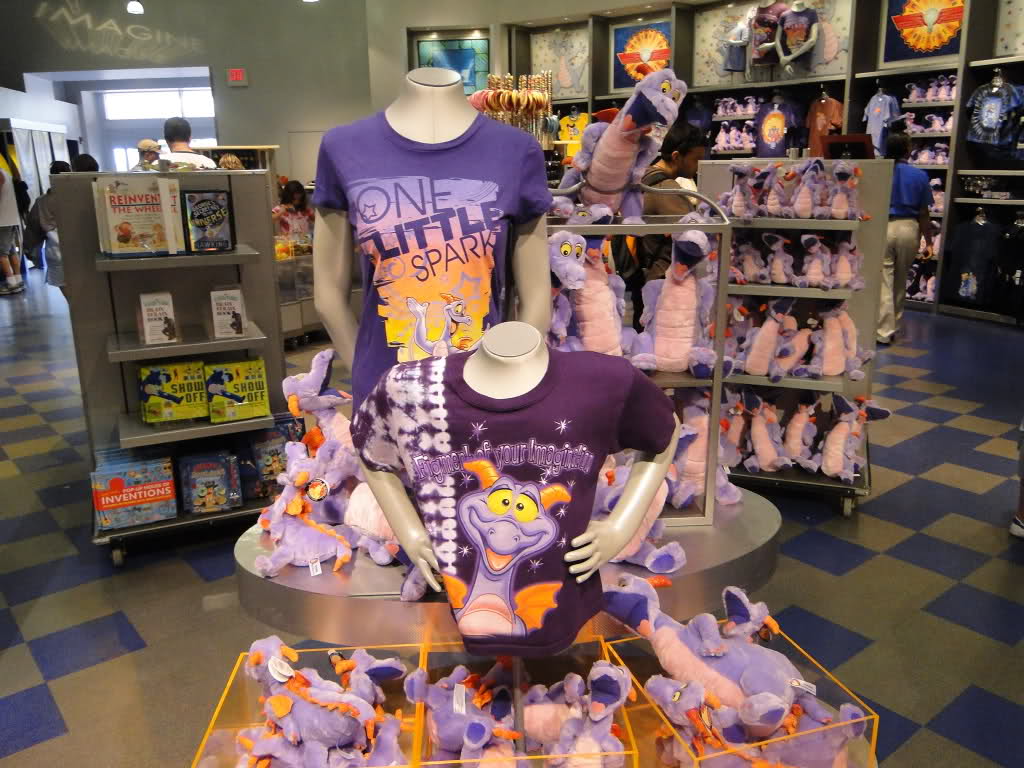 Perhaps even worse was the fact that what replaced the attraction was a shallow shell of the original. The new ride was considerably shorter and much less grand than the original (a ride many considered one of Disney’s best). The changes did not stop with the ride itself either. In what is still one of the most head-scratching moves Disney has ever done, the Image Works — a playground of sorts located on the second floor of the pavilion — was shuttered. Here guests could explore sight, sound, touch and other creative elements using interactive exhibits. Dreamfinder and Figment were featured in many of these installations and acted as your hosts and cheerleaders. It was a fun, immersive experience that was especially well suited to young kids. Today the stairs sit roped off and the second floor still has many of the exhibits rotting in place, unused for many years. 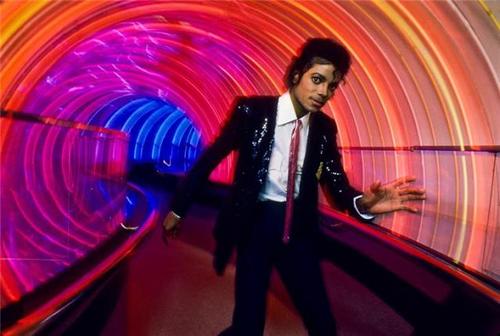 Now both are gone…

Though this happened prior to social media, enough people complained online and via mail that Disney was forced to take notice. In a virtually unprecedented move, they closed the attraction after just over two years and retooled it again. Fans took a deep breath of relief and some even speculated that the original ride would be recreated in a new souped-up, high tech form. It appeared as though Disney recognized their mistake and was now making it right. 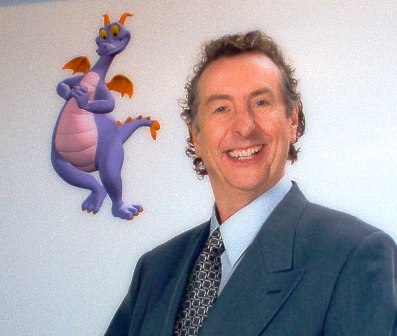 One or more of these characters is now seriously annoying

In 2002 Disney joyously announced the return of Figment and re-opened the attraction. Wanting to be very clear, they named it “Journey into Imagination with Figment”. The original Journey Into Imagination had Figment and they did not feel the need to call it out in the title — but they are the marketing masters, not me. Maybe they should rename all the rides? How about “Pirates of the Caribbean with Pirates” or “The Haunted Mansion with Ghosts”?

Anyway, fans wanted Figment so here you go folks… all the Figment you possibly can handle. It was as if Disney was telling fans to go choke on Figment. 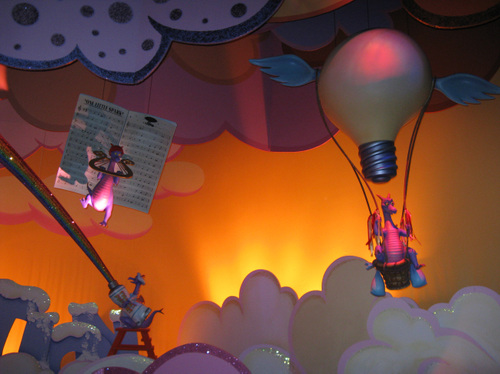 Choke on it, suckers….

Suddenly he was everywhere; in the queue, in every show scene, and in the finale he is seen a dozen times. They also added back a new version of the original song and yet Dreamfinder did not make the cut and is still MIA today. In many ways this newest version is the worst yet. It loses the one or two nice special effects of the previous version (such as a legitimately surprising ending) and replaces them with cheaply done overdoses of Figment. Figment’s existence is not explained and he is not incorporated into the attraction in any sort of organic manner. Rather he is just slapped on every show scene as a sort of unexplained pixie host / instigator. To me it is a worst of both worlds experience; the very definition of “neither here nor there”. While the second version was a travesty, the current version does little to improve upon it. Fans by and large were not thrilled by the ride, but the fact that Figment was alive and well quelled many of them. 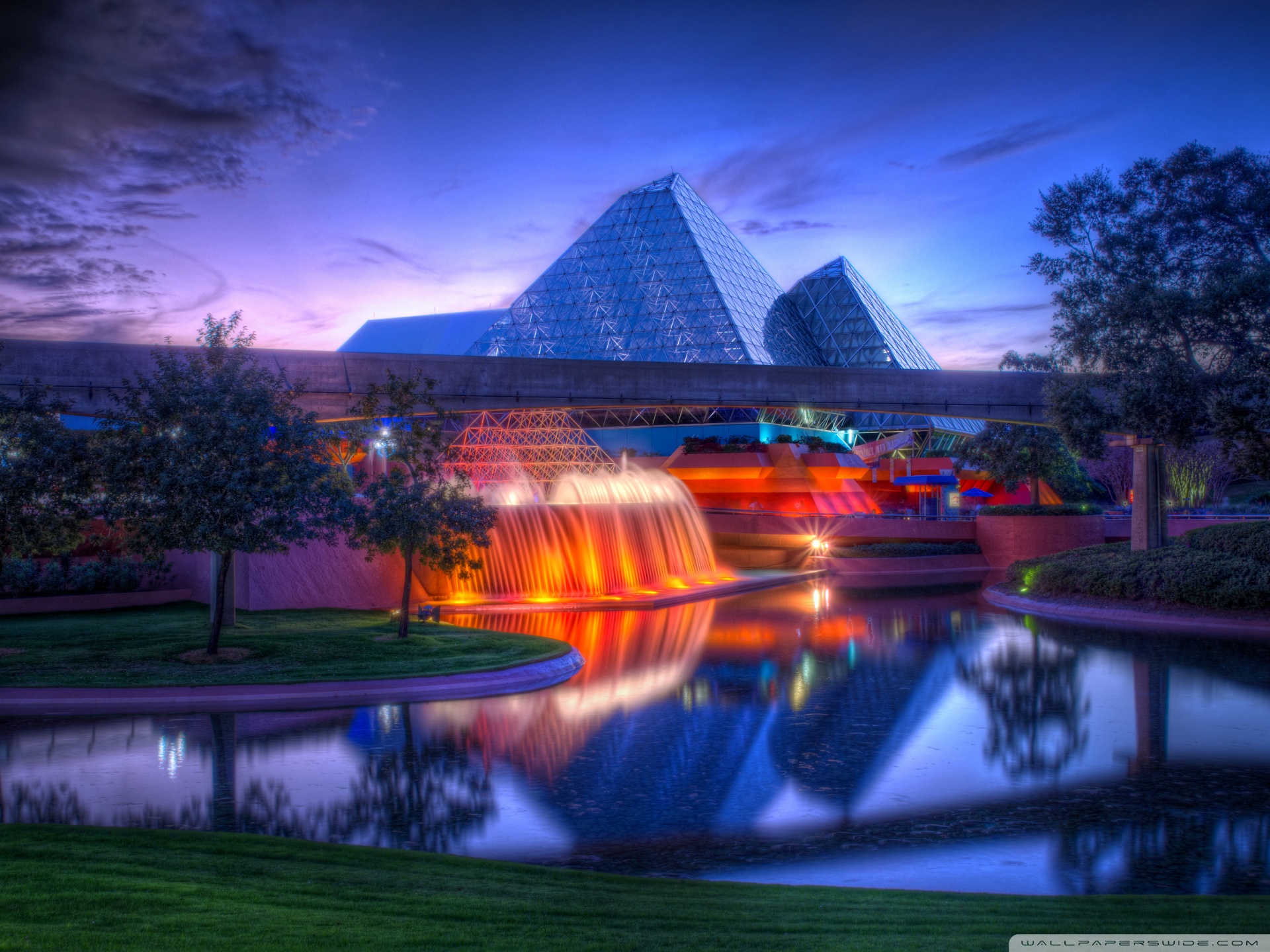 Though the original purple color scheme was better, it still looks nice from the outside.

This is yet another example of Disney removing something that people loved and replacing it with something that was clearly inferior, smaller in scope, and less expertly executed. The original Journey into Imagination set a very high standard; it was fun, creative, optimistic, memorable and original in every way. It was replaced with a cheap, dark funhouse featuring a small handful of effects and significantly less heart than the original. It was the equivalent of a modern day special effects film (Hello Transformers)… just loud and with little reason to exist. Yet at least that second version had a few interesting visual or audio twists. In its haste to satisfy the calls for the return of Figment, Disney managed to take even those few interesting tidbits away and instead created what is in essence a cavalcade of Figment dolls mixed in with some neon paint and nonstop droning of the Imagination song. It is overkill… and who would have thought Figment drives a pick up truck and uses a human toilet… info we did not need to know. 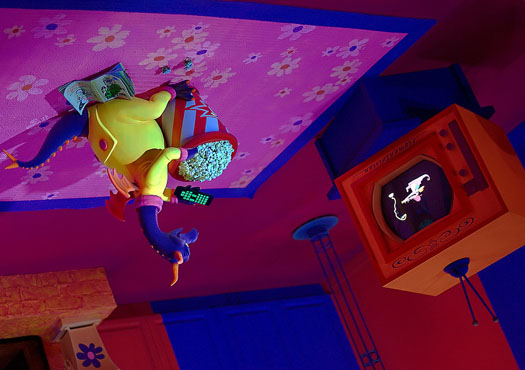 This photo is not upsdide down… Disney thinks that will blow your mind!

Disney failed to realize that it was not actually Figment or Dreamfinder that fans missed, but rather the spirit of fun, hope, excitement and pure joy that those characters brought to the original incarnation of the pavilion. Sure, a purple dragon is great, but he can also be annoying if not presented with care and love. 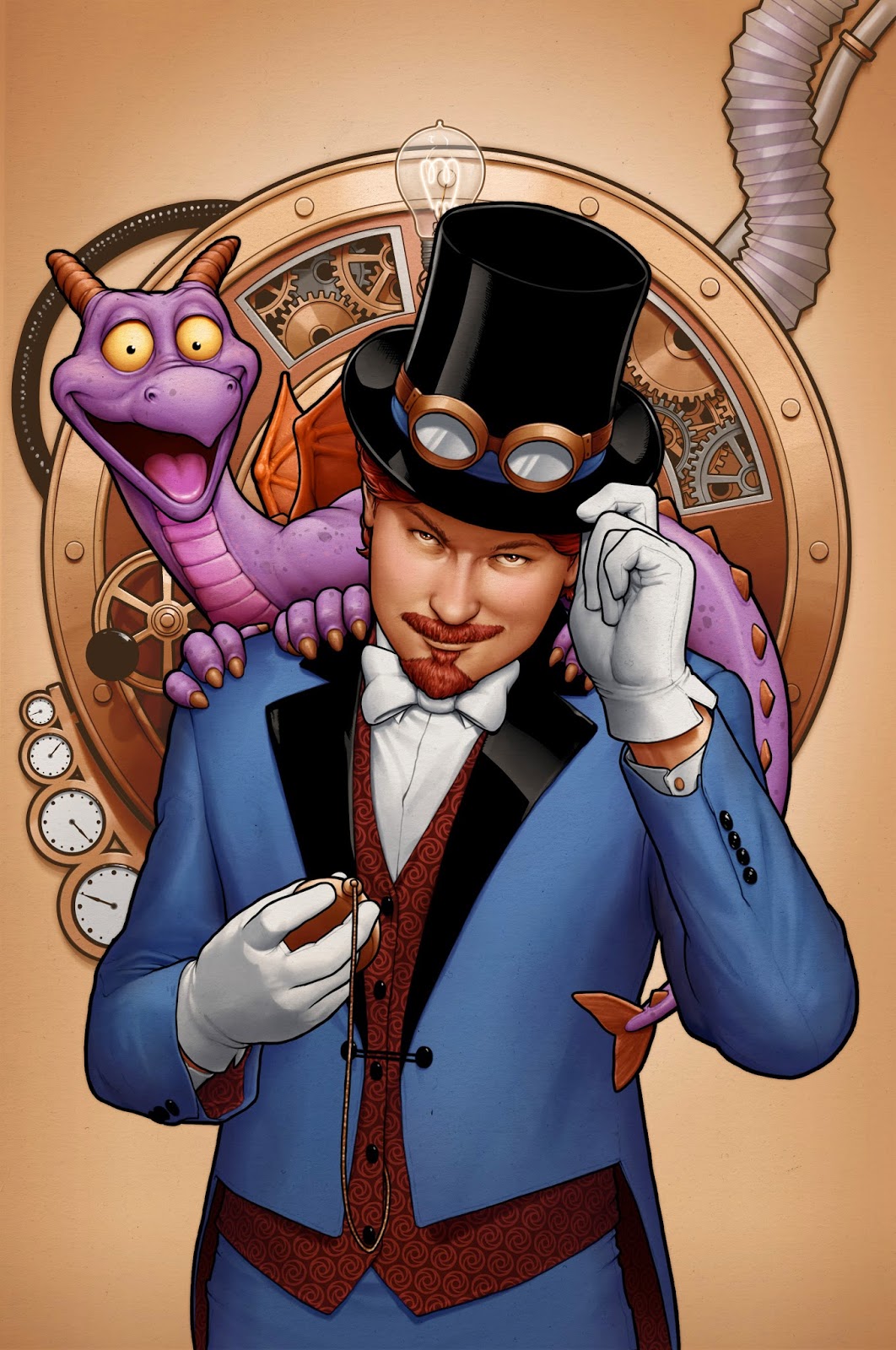 Today it is one of the least popular Epcot pavilions, and having lost its sponsor (Kodak) in 2010, it is likely to be renovated into something totally new sometime soon. Was this a rare win for fans or simply a way for Disney to shut them up with an inexpensive alteration? You can probably guess how I feel.

It is incredibly difficult to create an attraction on the scale of Journey into Imagination and tougher still to make it a success. It is catching lightning in a bottle. Disney was fortunate enough to have had that happen with the Imagination ride and had stellar and long-lived characters come along with it to boot… and yet still decided to rip it out… go figure.

Click HERE for the original ride video (unfortunately edited, but the best I could find)