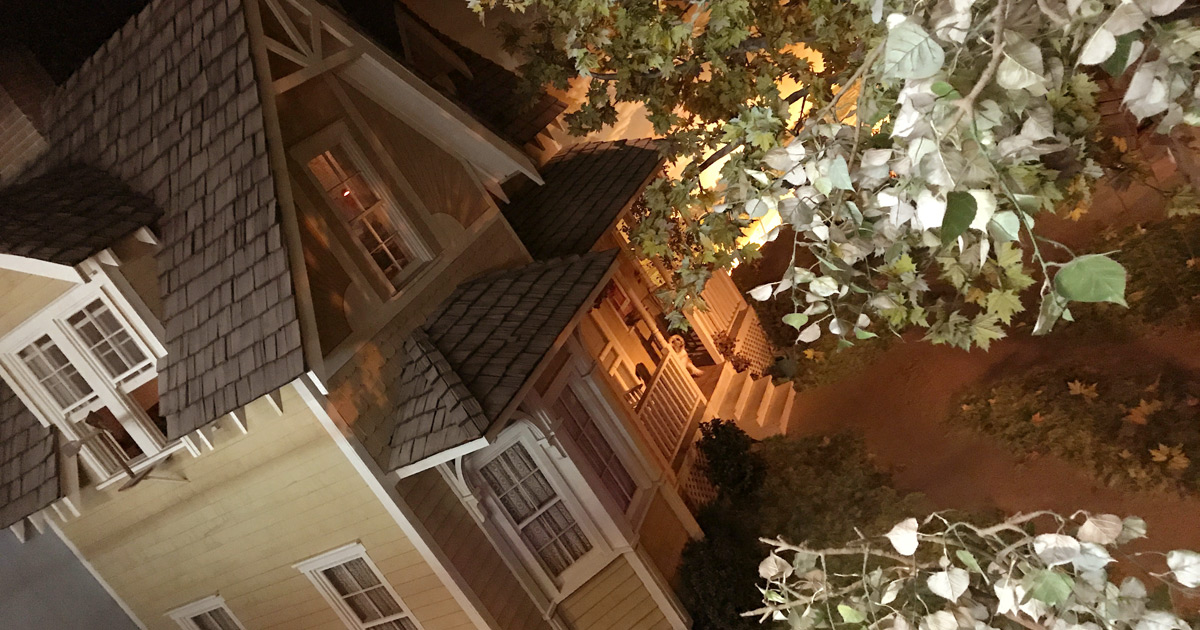 I know the whole idea of a secret bedroom highly intrigues some of you, nevermind one inside Epcot’s Living with the Land house. I’m not sure what type of person gets intrigued by secret bedrooms. I guess you.

In case you’re wondering if it’s a fancy guest room like the Cinderella Castle Suite, the answer is no. You can’t stay there. To the best of my knowledge, no one has ever stayed there — not even Card Walker.

And if you’re the type that likes the idea of a secret bedroom for, shall we say, “less Disney” reasons… It’s off limits for that too — unless you’re a good climber.

The secret bedroom is, believe it or not, part of the Living with the Land boat ride. It has existed since Day One, but I never noticed it before because it’s not visible from the ride at all.

To get a glimpse into this fully-themed, highly immersive and wonderful environment, you have to plunk down $35 plus tip for the character dinner at Garden Grill Restaurant.

This is not something I do often. However, last Sunday we decided to go to Garden Grill for the first time in maybe 15 years and I came face to face with the secret bedroom.

As you probably know, the Garden Grill is unique in that the whole restaurant is constantly rotating on a giant turntable. When EPCOT Center first opened, the restaurant was called the Good Turn, which seems like a more fitting name. Thankfully Disney changed it to something much more bland, to match the food.

To double-down on clever restaurant gimmicks, the Garden Grill actually overlooks several scenes from the Living with the Land boat ride. To this day, I still remember the elegant phrasing used by Harry N. Abrams in his classic book Walt Disney’s EPCOT Center. Where else can you have “prairie with your prime rib, desert with your dessert?”

In practice, the rainforest area comes first, followed by desert, prairie, and finally the American farm — complete with a large-scale farmhouse.

From the boat ride, as you float by the farmhouse, you can see the dog barking from the porch, the rooster crowing from the mailbox, and if you happen to look up… Parkeologists emptying their wallets in an average restaurant for a couple of hasty photos with the disinterested duo of Chip and Dale.

What you do not see from the boat ride is the window into the second story of the farmhouse. That window is only facing the restaurant.

There it is! A full-on themed secret bedroom, right there in the ride. The window in the A-frame is not really visible either from the ride or the restaurant, but you can see lights burning in there. The window on the left side of the house directly faces the restaurant. Let’s zoom in.

It’s got a quilt on the bed, a nice antique globe in the corner, a few gas lights burning. There’s a model train on the nightstand, and behind it is … a tennis racket? A bowling pin? Negan’s barbed wire bat Lucille? Whatever it is, it’s a lot of props.

It’s almost like Disney is giving tours in there, like with Walt’s fire station apartment. The only difference is, this room seems to exist solely for guests who are more interested in taking pictures with Pluto. It’s an illuminated, barely-glimpsed secret bedroom that might enter your peripheral vision for half a minute as you rotate past from fifteen feet away.

And I can tell you from experience — literally no one cares. A few people didn’t mind glancing out at the prairie buffalo for a second or two. No one else in the restaurant could be bothered to study the tiny little window in the side of an old farmhouse.

There must be a Cast Member door in there somewhere. I’m sure they have to keep the thing dusted. Or maybe they reserve it for emissaries of the Nestle corporation.

So now that you know it’s there, aren’t you dying to go inside?