The Haunted Mansion GameCube video game is sadly unfaithful to the source material. It bears no resemblance to the classic Disney attraction.

If you grew up the 80s and didn’t own or want to own an NES, then either you spent your early years living in a bomb shelter with your paranoid parents, or you were a girl.  And that’s not even true, because girls at least love Tetris, and the NES is so awesome you […]

When it comes to famous writers in Disney theme parks, Mark Twain got an island named after his character, a riverboat named after his pen name, and a frontier fortress named after himself.  He’s doing pretty good. Jules Verne used to have a submarine ride, a guest spot in Timekeeper, and an entire land at […]

This is one of those spooky things that I love about the Haunted Mansion.  The lost portrait.  I guarantee that unless you have been on the ride during some sort of extenuating circumstances (such as an evacuation), you have not seen this picture. Yet it is right there, staring back at you with those creepy […] 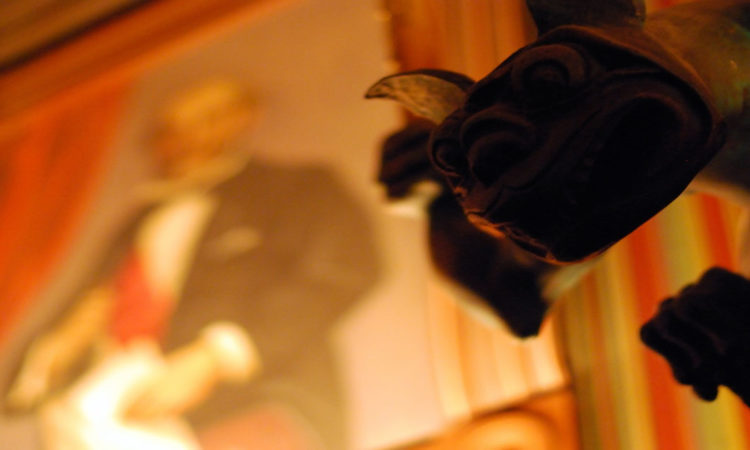 How does the Haunted Mansion stretch room work? Here’s a breakdown of 11 hidden factors that bring the whole scene together.