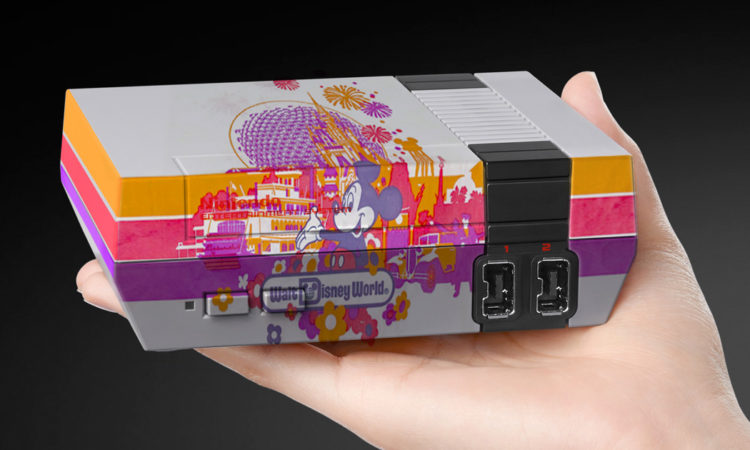 The hottest gift this holiday season is the NES Classic Edition, a video game system that Nintendo created by jamming a USB cable directly into my brain and downloading my childhood. The NES Classic Edition contains 30 timeless games from the Nintendo Entertainment System’s heyday. And if I don’t get one for Christmas, I will […]

The last few weeks have been vacation weeks here at Parkeology, as Teevtee and I have been trading off on different exotic locales. The only difference is, he gets to do things like go to Tokyo Disneyland or take a Disney Cruise, while I am basically just staying at home riding Star Tours over and […]

Our spellchecker is not broken.  The headline is Japanese, and it translates roughly to “Mickey’s Adventure in Tokyo Disneyland.”  (I’ll let you clever folks figure out which Japanese word means “Adventure”). Up until about a month ago, I never knew Mickey had adventures in Tokyo Disneyland.  I just sort of assumed he sat in the […]

Released in 1996 (with a revised edition two years later), the Walt Disney World Explorer CD-ROM game quickly climbed the charts to become the best selling game of the year.  Featuring an innovative combat interface, diabolical level design, and enhanced A.I., it went on to collect all the major awards and appeared on several Top […]

Back into the virtual world we go!  Parkeology continues to deliver hard-hitting coverage of video games based on Disney theme parks, and YOU ARE THERE.  Too bad for you. Today we move far beyond the primitive reaches of 1990’s Adventures in the Magic Kingdom and jump a full three Nintendo consoles ahead.  The year is […]

If you grew up the 80s and didn’t own or want to own an NES, then either you spent your early years living in a bomb shelter with your paranoid parents, or you were a girl.  And that’s not even true, because girls at least love Tetris, and the NES is so awesome you […]