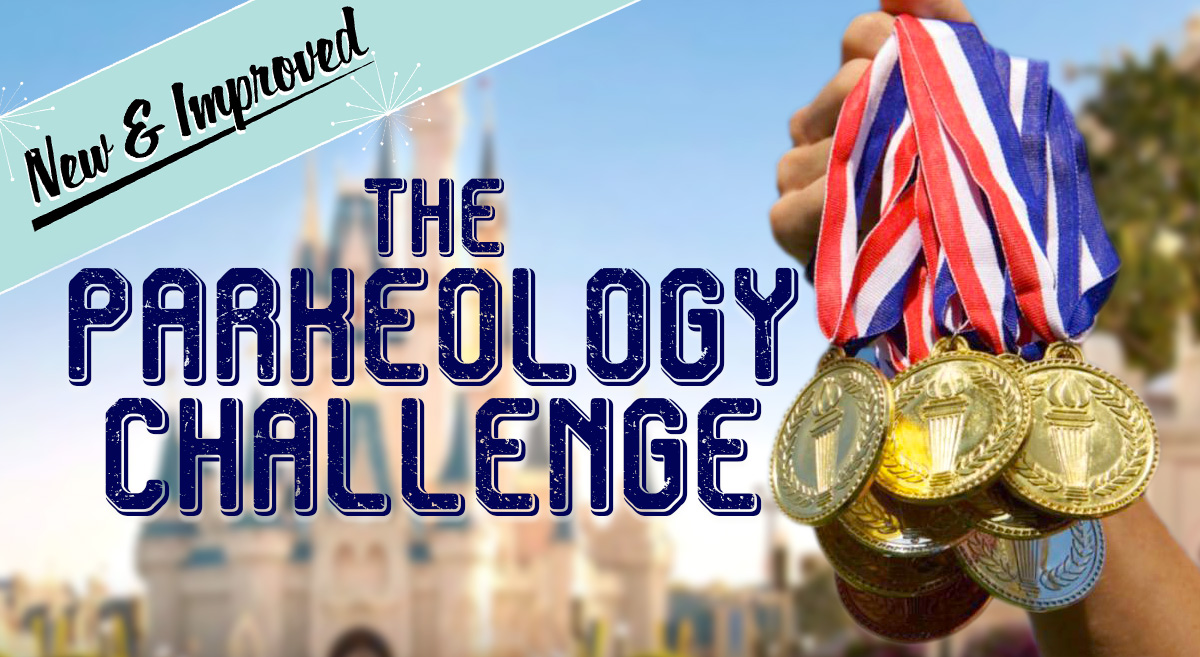 It’s been a bucket list item for many people but now just may be the best time ever to attempt the ultimate park challenge!

Over the last four years, scores of teams have attempted to ride every ride at Walt Disney World in one day as part of the official Parkeology WDW46/47/49 challenge. 18 individuals or teams have succeeded. Over that period we have heard over and over again that not everyone who would like to attempt the challenge is able to make it on a day when all the rides are operational. We were always set in our perspective that finding a day when every ride is operational was a core part of the challenge, and frankly we resisted making changes because of that. At the same time, we have searched for years to find a way to make the challenge more open and accessible to all. Not everyone has a desire or is capable of running the full challenge after all. The recent events of many scheduled challenge runs being thrown off by Disney’s unexpected extension of the River Boat refurbishment really got us thinking about all of this. Surely there must be a way to preserve what we love about the challenge — and what has made it so popular with so many challengers and spectators alike — while still allowing for unexpected refurbishments or simply for less die-hard fanatics to participate. We think we have found some great solutions:

Introducing the Parkeology Challenge. It’s everything you love about the former WDW46/47/49 Challenge but updated to be more inclusive, more fun and able to be run 365 days a year.

First, the name change. Gone are the specific numbers (46, 47, 49 and more in the future). We are now simplifying the name to The Parkeology Challenge. Most people refer to it by this name already and now the name will remain the same forever. No more fluctuating hashtags. We now ask that all teams running the challenge use the new hashtag: #parkeologychallenge

The biggest change is that there are no more auto-fails! Those pesky days when a ride or two may be inoperable due to a pre-scheduled refurbishment, rendering any attempt on that day an automatic failure, are no more. That also means no more black X’s next to any teams name on the official tracking board kept at parkeology.com. Instead, we are creating a system to track team progress. Complete 2 parks (for example) and you will get a (virtual) medal for your achievement on the new tracking board we are creating. Complete all the open rides (even if one or more is closed for rehab) and you will get a trophy on the board. Even if a team is unable to complete any full park that’s OK, still no X but rather a ribbon stating that they attempted what very few would be silly enough to even try.

What is NOT changing?

The ultimate goal remains to ride EVERY ride at Walt Disney World in one normal operational day. This was what we originally set out to do and this is what the hardest of the hardcore challengers will strive for. In order to reach this ultimate goal, challengers will still need to find a rare day when every ride is scheduled to be up and running, and then find a way to actually ride them all under our strict rules. Think of it as a video game with different difficulty settings. Beating the game is still beating the game, but doing it on the hardest level is what the experts will go for. Doing it any other way is still impressive and fun.

All the basic rules remain the same — we still require tweets and photos from each ride, there is still no outside help, you still need to show us your Fast Pass acquisition. Basically, nothing changes about the specific rules other than the idea that teams no longer need to find a day when every ride is open in order to complete some form of the challenge.

When do these changes go into effect?

Why did you make these changes?

With all the new rides coming over the next decade and the likely closure of other rides and the constant refurbishments of classic rides, finding that perfect day when everything is open is going to become more and more difficult. Also, we do not like to see plans dashed because of some unexpected last-minute refurbishment outside of a challenger’s control. These changes allow more players at more times and that’s all good.

Do I still use WDW#49 or whatever to tweet during the challenge?

What happens if a ride breaks down mid-day or even at the start of the day and then never re-opens? Do I get credit for a completion since I rode the rest of the rides?

Sorry, no. The new rules only apply to SCHEDULED refurbishments.

If a team runs on a day when for example 47 of the 49 rides are scheduled to operate and they ride those 47, then that would count as a completion. If however, a team runs on a day when 48 rides are scheduled to be operational and one unexpectedly is closed and they finish with 47 then that is an unfortunate incompletion. This is a harsh but vital part of the challenge.

Yes, that’s all true and all part of the challenge. It has happened before, including to us. We completed 46 of the 47 rides when Frozen first opened. Ironically Frozen broke down and though we had a lot of time left in the day, we could not complete. 46 rides that day was still great but it does not count as a completion. Had Frozen been scheduled to be closed that day then 46 would have counted.

Can I now have other people help out a little? Maybe someone grabs me a hot dog while I’m in line or something?

No, all of our standard rules still apply. Please read them all.

Yes! You get a nice trophy next to your name on our official challenger board… just not quite as nice as the one you will get by completing every ride total. Those who have completions also get listed in the exclusive Parkeology Hall of Fame so you may brag for generations that you were stupid enough to do this.

Are you adding a ride count to the board? I like knowing how many rides each team completed.

No, we are not adding a ride count because not all rides are the same. One set of 40 rides is much more difficult to complete then a different set of 40 rides. A ride count number in and of itself does not say much. The Parkeology Challenge is about beating the parks, not each other.

I ran this thing in the past and I was listed on your old board on parkeology.com. What happens to that?

Nothing… the old board will be archived and live on should anyone want to refer back to the previous challenge and those who were bold enough to run it. Everyone’s past blood sweat and tears will live there forever. For the short term (the rest of 2018) the board will be a mix of old and new. Starting in 2019 it will become all the new style.

These new rules sound a lot like “participation awards”. I think only people who really complete EVERY ride should be listed as completions and earn the coveted clip art trophy.

We know that some challengers will only want to run when it is possible to get a full completion. Those folks play on the difficult level and we love that. But we also love that EVERYONE now gets to play, and lets face it, even attempting this is worthy of accolades.

I think this is the most awesome challenge ever and can’t wait to try it… how do I get started?

Go HERE; read all about it, start planning and when you are ready, use THIS FORM to sign up… that’s it… Good luck!

It will take us a bit of time to convert the site over to the new rules, to create the new board and medals / trophies and to iron out all the kinks but these new rules are in effect now and we would love to see you out there giving the Parkeology Challenge your best efforts. Have fun and see you on the course!