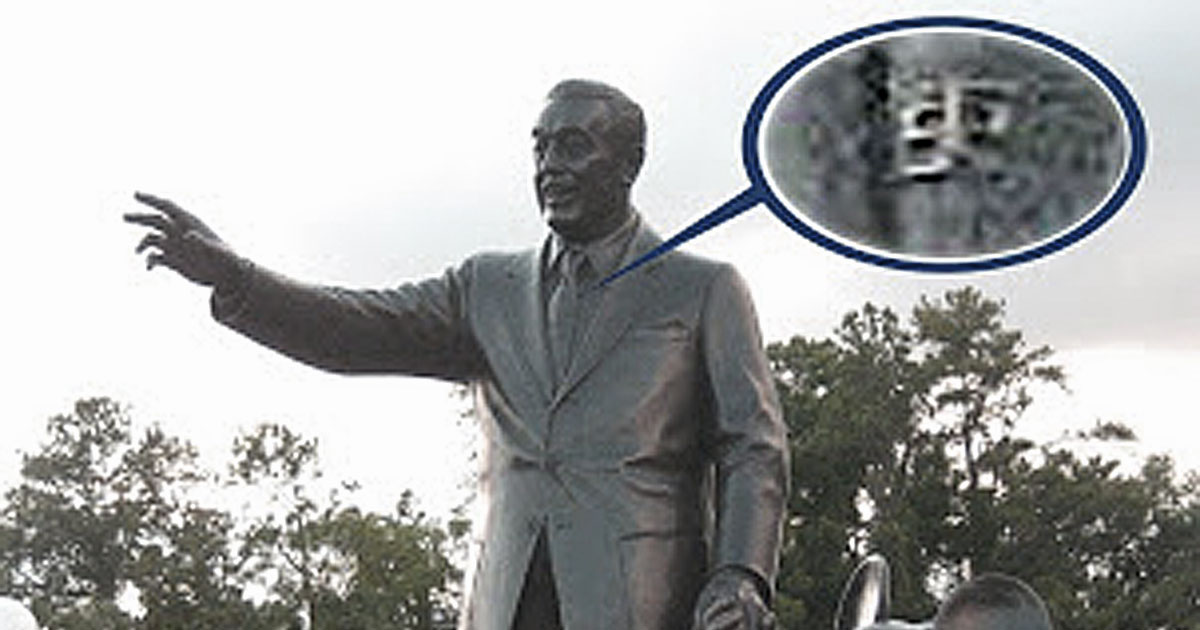 The Partners statue in the Hub of the Magic Kingdom has to be one of the most photographed spots at Walt Disney World. But what is the arcane symbol hidden masquerading as Walt Disney’s tie pin? Here at last is your answer. It’s the logo to the Smoke Tree Ranch.

What a strange looking glyph!  Does it hold magical powers?  Is it a hex or good luck charm?  Or maybe a coded symbol for a super secret monorail society?  Well, actually, that last one’s pretty close.

The Smoke Tree Ranch was Walt’s home away from home.  A rustic little collection of cottages in Palm Springs, where the studio boss could get away and recharge his batteries.  The Ranch is still in operation today and even has bungalows named after Walt.

Its logo consists of its initials (S-T-R) juxtaposed together to form that strange rune.  Walt was fond of Smoke Tree’s clothing, and wore its brand often, accounting for the embroidery on his tie.

Now that you’re aware of it, you won’t be able to not notice it almost every time you see a publicity picture or video with Walt.  He wore STR ties frequently on his weekly TV show, and there are dozens of photos scattered across Walt Disney World property where one can catch a glimpse of STR’s free publicity.

When costumers had to outfit Tom Hanks for his role as Walt Disney in the 2013 film Saving Mr. Banks, they made sure to include Smoke Tree Ranch tie pin as a critical piece of the wardrobe.

Be sure to look for it the next time you happen to check out the Partners statue. The jury is still out on whether Mickey Mouse has any secret resort tie pin of his own.