American History is ripe with heroic tales of patriotism, many of which provide dramatic backdrops to Disney attractions like the Hall of Presidents.  Lincoln is well documented.  Ben Franklin, yes, he’s important.  Washington, sure.  But perhaps no patriot stands so tall as that immortal giant who carved himself into history with the simple act of lighting some lanterns. 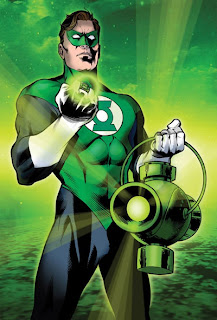 Yes, I can’t help but feel the proud stirrings in my heart as I watch that marvelous Paul Revere Audio-Animatronic figure stare out from the American Adventure stage, his eyes shrouded in darkness, as he bounces in the saddle of that bucking stallion, shouting in 6.1 surround sound: “The British are coming!  The British are coming!”  And then we all put on our 3D glasses and watch as Washington smites the redcoats with a single wave of his sword, the spritz of water hidden in the seat backs in front of us lending a gruesome reality to the scene…

Well, actually, I guess that scene never made it into the American Adventure.  In fact, Paul Revere doesn’t rate even a mention. 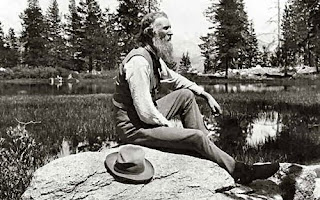 But this guy gets his own AA figure? Seriously?

But not to worry, they didn’t forget to pay tribute to Paul after all.  In addition to that “British are coming” phrase (which he later trademarked and sold on buggy bumper stickers), Paul is famous for lighting lanterns in the Old North Church in Boston.  One lantern, if the Britsh were coming by land.  Two, if by sea.

On a remote window round the corner of the Hall of Presidents, facing the Rivers of America, one can look up and spot two lanterns in the window, Paul’s famous signal.  So next time you find yourself in Liberty Square in the dead of night, keep a weather eye on Tom Sawyer Island.  That’s where them redcoats are hiding. 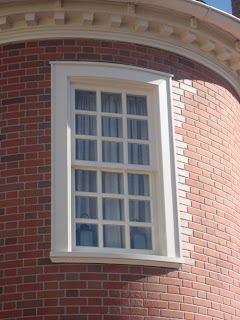