It’s already the tallest mountain on the planet, why shouldn’t it get even more real estate?

I’m speaking, of course, of Mt. France, as French Heritage Week continues its unprecedented run here on parkeology.  Mt. France, as everyone knows, is … ah, forget it.  I’m taking a break from France posts.  But don’t worry, I still have one or two up my sleeve.

Normally parkeology is about uncovering something long since departed, like old snack stands or Jimmy Hoffa.  But occasionally our travels come across something unexpected and new.  Such was the case during my last swing through Animal Kingdom, while looking for a lost temple. 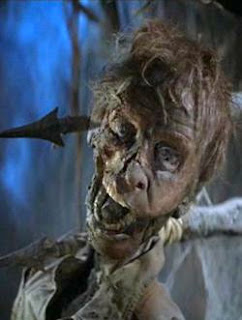 Yes, the same temple where my old competitor Forrestal cashed in.  He was good.  He was very, very good.

Anyway, I may have found the hidden entrance to the temple, but more on that in a different post.  Today’s topic concerns Everest itself.  Apparently somebody in operations has decided that the immediate area surrounding Everest is congested.  Where they would get this idea, I can’t begin to guess.  Normally E-Ticket thrill rides are a ghost town.  But I was shocked to find that some additional space had been cleared across from the Fast Pass entrance, to accommodate all the pansies who can’t ride Everest because of their queasy stomachs and overprotective mothers. 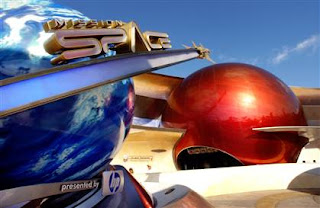 I call it a mini-park, since it’s nothing but grassland very near to the water’s edge.  The land has always been here, of course, but like most Disney grasslands, it’s usually protected by a berm, covered over with landscaping, and protected by those automated machine guns from Aliens.  I was surprised to see that they had opened it up for picnics and sunbathing. 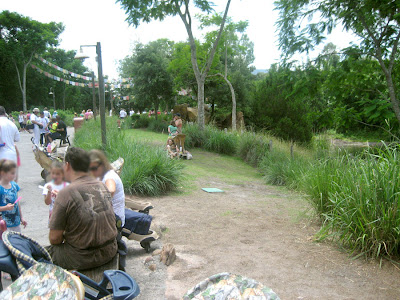 There’s normally a rough landscape barrier of rocks, and this has been removed on each end of the strip, allowing guest access.  It’s obvious that this was intended to be open, and wasn’t something that guests just forced their way into.  In fact, if it weren’t out in the open like this, it would almost be a return to Animal Kingdom’s roots, with fun nature trails hidden off of the main route. 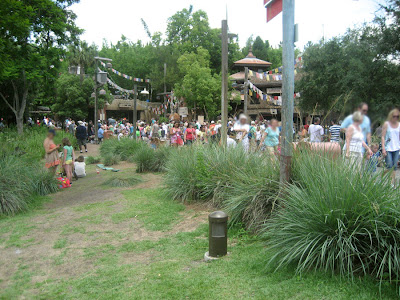 It’s possible that this has been here for several weeks now, and I just hadn’t made it over to Animal Kingdom to see it.  I wonder how long it will last.  There’s actually an off-limit fence guarding access to the water, and there are sprinkler heads sprinkled, ahem, throughout the area.  If I were Disney, I would worry about these getting stepped on and damaged.

But for now, the park is open for business.  Have fun camping on the foothills of Everest!