Dinner theater used to be a big deal in Orlando.  Disney World alone had three shows, while out on tourist drags like I-Drive and 192, there were scores of eat-while-you-watch options.  There was nary a genre that didn’t have its own dinner show.  Middle Eastern, pirates, gangsters, accountants, you name it.  They all had their own version of the pay-one-price-get-a-TV-dinner-with-belly-dancers format. 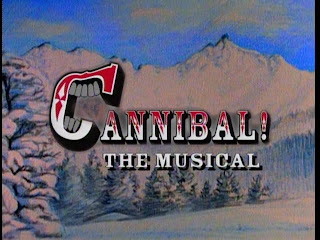 Smart way to save on food budget, until the repeat business dried up.

Only a few of these are still hanging on.  Arabian Nights and Medieval Times fight over the scraps falling from Disney’s table, and even Disney no longer has the song-and-dance spectacle at the top of the Contemporary.  Dolly Parton’s Dixie Stampede sits conspicuously empty right alongside the I-4 corridor, its giant video screen glitching and spitting at drivers with ads for non-existent pizza parlors and defunct flea markets. 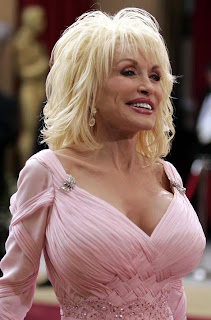 But at the Fort Wilderness campground, one mainstay is still going strong.  The Hoop De Doo Review is a hotter ticket than La Nouba, Blue Man Group, or Justin Bieber.  It’s an all-you-can-eat fried chicken dinner paired with a rollicking western dance hall show, with a yeehaw title and a healthy dose of slapstick humor.  If this all sounds like something that should exist in Frontierland, well, it’s not for lack of trying. 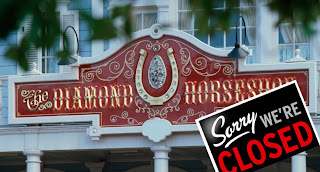 Why give it away for free when you can charge $40 a head?

The title song sounds exactly like something that might have been performed in Tucson or Sante Fe or Cheyenne:  A foot-stomping, hat waving chorus.  In fact, it seems like it might have been written specifically for the show, perhaps to be played on accordion while wearing lederhosen.

It came from a guy by the name of Milton DeLugg, a composer for Paramount in the 1940s, when the polka craze was sweeping the nation.  Swing bands performed it all the time.  In the 1950s, one of the great crooners, Perry Como, got hold of it and turned it into a Billboard Number One hit.

I’m not joking.  Walt Disney World’s classic saloon show lifted its title from something that came out around the time Disneyland was in development.  Nothing says “Old West” like hula hoops and rollerskates. 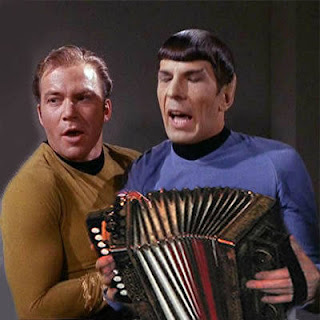 To my knowledge, Disney has never released a cast recording of the song, but fortunately Perry’s version (and several polka versions) are still around.  Learn the lyrics and have fun singing along at your next viewing.  Just be sure to wear your bobby socks.