Okay, not really. Give me both. We are only a few weeks away from the opening of the next Marvel Studios movie–a strange, weird, wonderful departure that has me remembering the giddy days of anticipating the next Star Wars or Lord of the Rings episode. Guardians sounds like a bizarre left hand turn from the tried and true super hero model that Marvel has perfected over the last decade. But already I’ve fallen in love with it.

Disney has been doing an interesting thing this summer. They’ve repurposed the Sounds Dangerous theater for 3-D previews of their summer tentpoles. First Maleficent, now Guardians of the Galaxy. On the one hand, this is a cheap, easy way to add an attraction, which looks even cheaper compared to what Universal is doing down the road. But on the other hand, each of the previews has been a generous length (10-15) minutes, the 3-D is sharp and clear, the theater is air conditioned, and there’s never a wait. At 10 minutes, Maleficent doesn’t look too bad. At 10 minutes, Guardians of the Galaxy looks like the best film of the year.

Obviously I’m speaking a little bit in hyperbole. The crazy fanboy side of me wants this to be amazing, and so far I haven’t been disappointed. As utterly ridiculous as this is, I could actually see myself going back and watching the 10 minute preview at the Studios multiple times. Let’s face it, I’ve got Muppet Vision memorized. I need new stuff. The movie is just so darn fun. It’s hard to find sci-fi that tries to be this funny, without veering into total camp. What was the last film to successfully do it? Firefly, maybe?

I do wonder if mainstream audiences will turn up. I’m fully aware that a talking tree and a homicidal raccoon seem like a weird pitch. But I hope people give it a shot I think it could really turn out to be something special. And then we’ll get that massive Guardians of the Galaxy dark ride that I’ve always wanted — at least for the last 6 months. 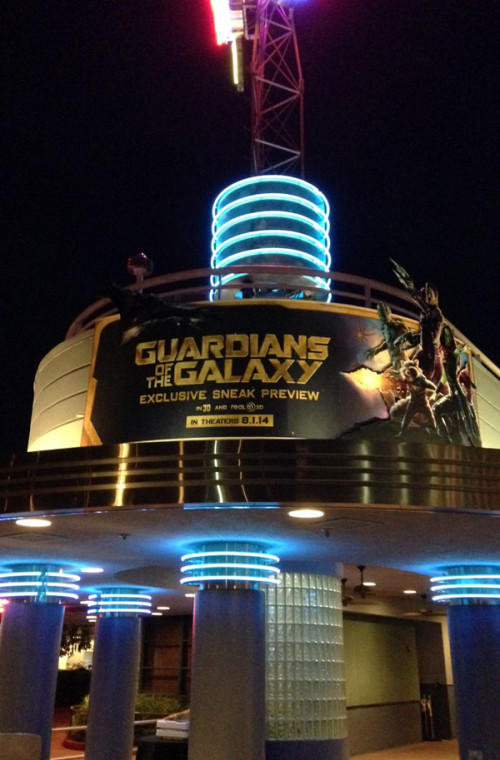