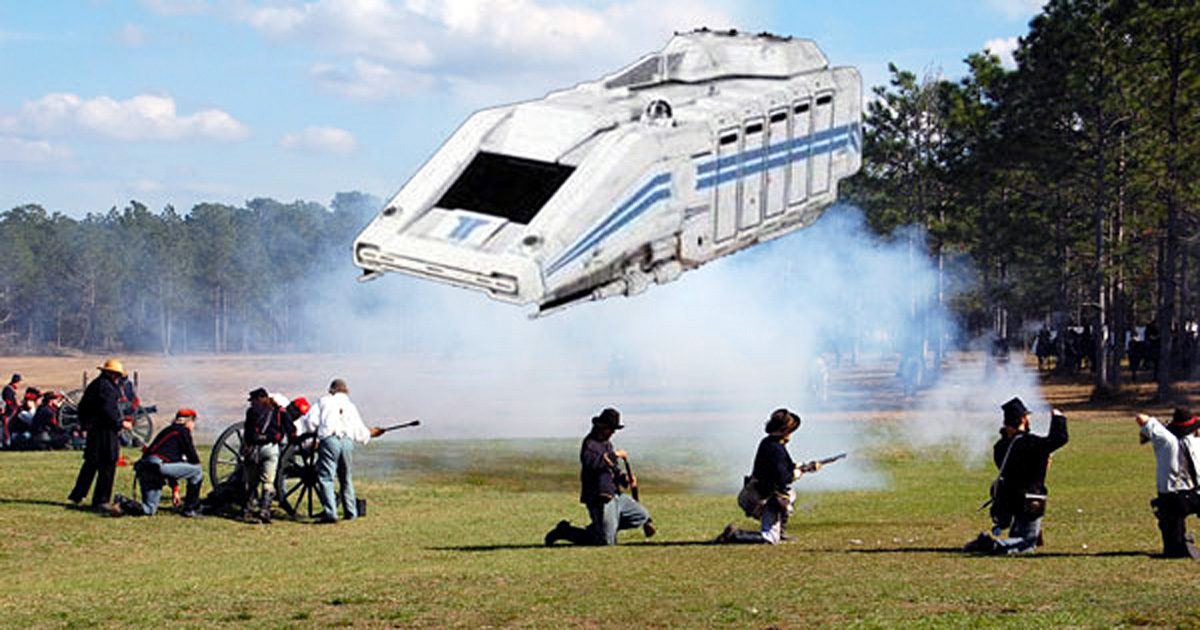 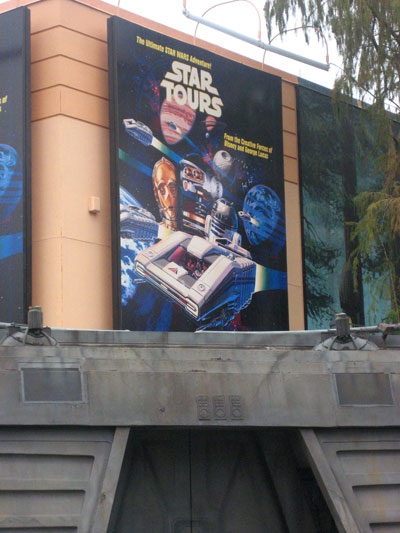 Star Tours is one of those rare Disney attractions based on a property owned by someone else.  George Lucas officially sanctioned the ride — and with this level of detail, there’s no doubt Lucasfilm opened the archives to the Imagineers for reference.  They scrutinized costumes, painstakingly recreated props, and hired original actors like Anthony Daniels to maintain continuity among the characters in the Star Wars timeline.

But even with all that, one has to wonder if the Keepers of the Star Wars Canon were asleep at the wheel when it came to the ride’s storyline.

The Star Wars timeline is one of the most scrutinized mythologies in pop culture history, right up there with Middle Earth and the Klingon civilization.  And since Star Tours purports to be a travel service offering “non-stop service to the moon of Endor,” it begs the question:  Just when does Star Tours take place?

The moon of Endor was the staging ground for the construction of the Second Death Star, featured in Episode VI: Return of the Jedi. That Death Star was only half finished when Lando Calrissian detonated its main reactor. Yet when our StarSpeeder arrives at Endor, we see a fully functioning Death Star orbiting the moon.

Okay, so what about the Death Star that appeared in Episode IV?  That Death Star was complete and fully functional.  And it makes sense that the Empire would have used Endor as a base for all their Ultimate Weapon construction projects. In Star Tours, we fly smack into the middle of a dogfight with Rebel pilots — one of whom manages to score the vulnerable exhaust port with his photon torpedos right before we jump to lightspeed.  But this can’t be the Episode IV battle.  That took place at Yavin, with Luke Skywalker delivering the killing blow.

Alright, maybe it’s a Death Star prototype, before the events of Episode IV, but after the events of Episode III in the Star Wars timeline. This theory would find R2-D2 and C-3PO taking a break from serving Princess Leia so that they can indulge their travel service fantasies.  All well and good, except the departure terminal for Star Tours keeps running commercials for various destinations, one of which is a trip to Hoth to see the remains of the Rebels’ Echo Base — an event from Episode V: The Empire Strikes Back (and also something that sounds suspiciously like Parkeology).

So now we’re left with the only possible solution:  Civil War Re-enactment. Clearly, some well-funded galactic history buff built this Death Star and now he likes to dress up on weekends with his friends and fly out to Endor to recreate the fall of the Empire.

If only these blasted tourists would get out of the way. 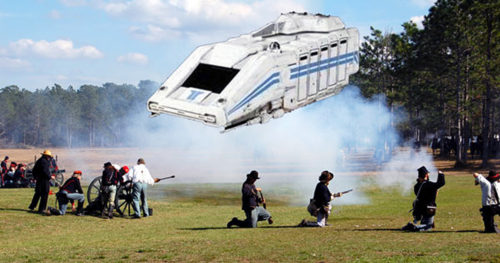 Star Tours! What are you doing here? This is a combat zone. It’s restricted!