If you know about Parkeology at all, chances are it’s because of something called WDW47.

And now, like any crass sequel, we are going to attempt to revisit the original. Just when you thought it was safe to go back in the parks.

But first, a brief timeline to show how we got to this moment:

April 2013
Parkeology announces the WDW47 attempt. One Day. Every ride. It is initially intended as a solo attempt by Shane, for maximum efficiency.

Throughout the spring, Shane and Ted grapple with the enormity of the project, coming up with dozens if not hundreds of strategies and maneuvers, and despairing of ever whittling them down to the most efficient plan possible.

June 9, 2013
With a week to go, Parkeology chucks the solo plans out the window and doubles down. Ted joins the fellowship and books passage to Orlando on United Airlines.

June 15, 2013
Shane and Ted meet in Epcot on the eve of the big day to go over last minute plans. It is the first time these two friends have ever met in person.

Delays on Dumbo nearly throw the whole plan off in the first hour. A FastPass fiasco at Hollywood Studios sends them scurrying for alternate plans. Test Track and Living with the Land both go 101 just the team reaches Epcot. A herd of rhinos sidetracks the Kilimanjaro Safari for 20 minutes. But with steady persistence, Parkeology checks off ride after ride.

They live-tweet @Parkeology (hashtag #WDW47) throughout the day. It starts to catch on. They end the day exhausted, dehydrated, with at least one broken bone (not joking). But success is within reach. In the end, a massive end-of-the-world thunderstorm shuts down Tomorrowland Speedway and the AstroOrbiter in the midnight hour, forcing substitutions. But the plan is vindicated and the team shares a victory meal at the Hess gas station at 2:00 a.m.

July, 2013
The video of the attempt is released. Parkeology begins to gain notoriety for the insanity of the attempt. On July 25, WDW47 is featured in the Orlando Sentinel, which poses the all-important question: “Why?” To which Parkeology brashly declares: “Because it was there.”

By winter, the rules have changed all together. The vaunted WDW47 plan is rendered obsolete, never to be used again.

May, 2014
The Magic Kingdom opens the Seven Dwarfs Mine Train, the last addition to New Fantasyland. The themed coaster debuts to massive crowds and obscene wait times. It also increases the Walt Disney World total ride count to 48.

The results are frankly terrifying. Not only is the new Mine Train ride routinely clocking in at 80 minute waits throughout the summer, but the new FastPass+ restrictions are all but crippling to an attempt. To make matters worse, several rides are down for refurbishment the entire summer.

September, 2014
Disney announces the permanent closure of Maelstrom, taking the ride count back down to 47.

About a week later, they announce the closure of the Backlot Tour. The ride count now stands at 46.

WDW48 would be unmasked as a fraud — never even truly possible except on a bare handful of days, due to refurbishments. And in hindsight, the summer of 2013 was the last good window ever for WDW47 — at least until the Frozen ride opens. 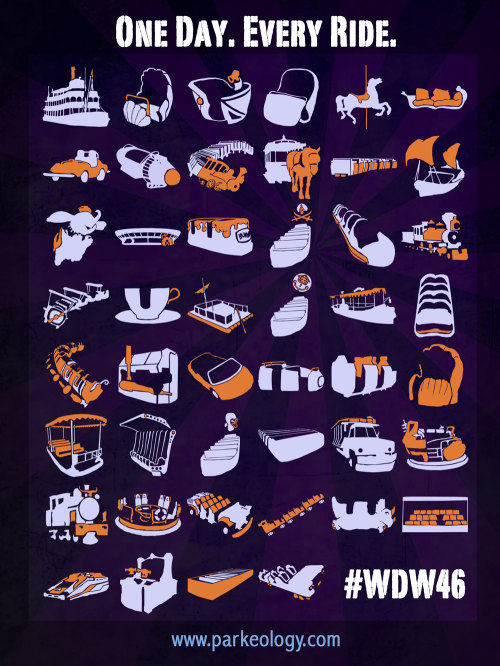 As we line up the attempt, the first question that must be answered, quite frankly, is the issue of the ride count. Isn’t it easier to see 46 rides this year, when last year called for 47?

Frankly, a case could be made that it is much harder. The old plan included Maelstrom and Backlot Tour — two rides that we waited a combined 20 minutes during peak hours of peak summer touring time last year.

And we’re replacing them with the Seven Dwarfs Mine Train, which sells out of FastPasses 65 days in advance, has a 45 minute standby wait before it even opens, and has a nasty habit of breaking down or catching fire.

Sure, Backlot was a long attraction but the net time investment for the Mine Train far eclipses the two rides it replaced.

WDW47 was crazy enough last year, with an open FastPass system that could be manipulated to the advantage of anyone intimately familiar with the details. But in this, the Year of the Magic Bands, things may have taken a turn of the worse. We will go into more detail later, but suffice it to say, we believe WDW46 is a harder challenge than ever.

But we think we can do it.

And even though Disney may have changed how the parks can be toured, the rules of the WDW46 challenge remain the same as last year. Every ride in all four parks in a single operating day. No cheating. We’ve created a WDW46 FAQ page if you want to review the insane restrictions we’ve placed on ourselves.

Once again, we’ll be live-tweeting throughout the attempt, so please follow us on Twitter (@Parkeology). We’ll also use the hashtag #WDW46.

We did learn a few things from last year (probably the biggest one is to stay hydrated). Expect to see a different plan in place for this year’s run. A mix of aggressive offense and cautious defense. The details, as Dr. Marsh is fond of saying, are proprietary, but hopefully we’ve accounted for all the potential calamities.

But there is one small, tiny thing out of our control… If it’s not too much trouble, would you please say a prayer about the weather? 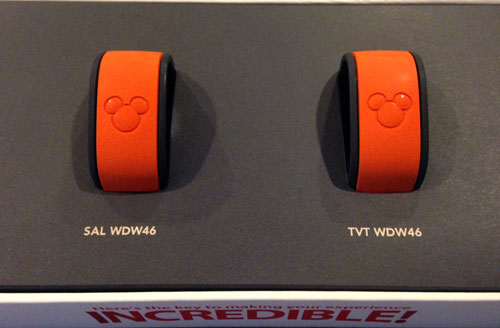