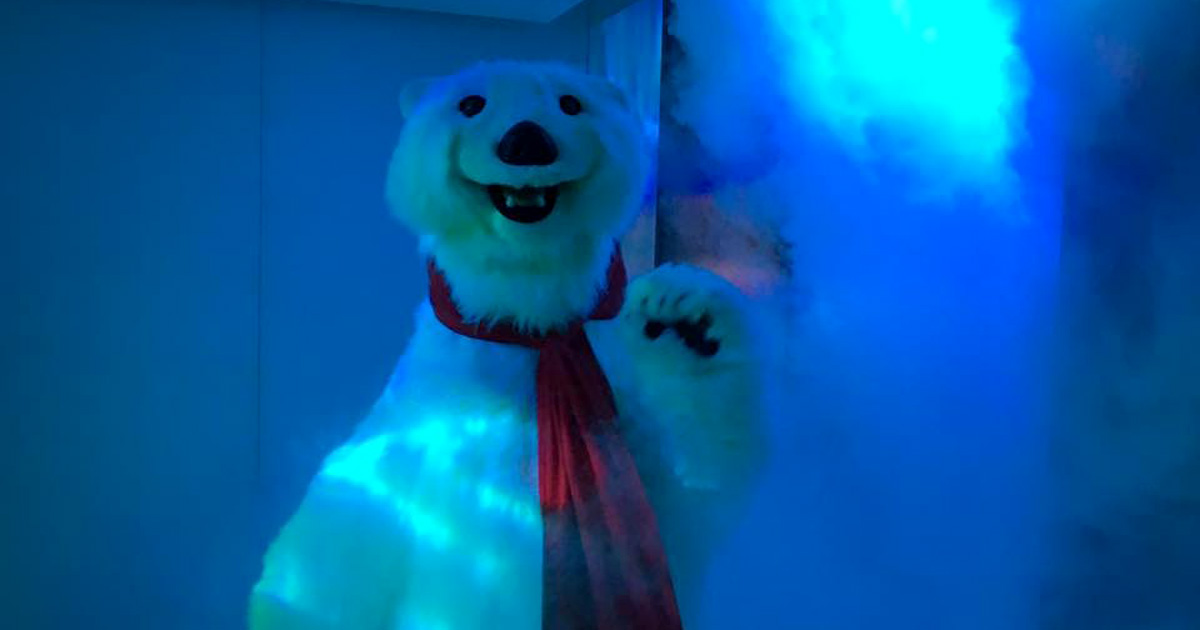 When Disney Springs opened the Coca-Cola Store back in July, it came with mysterious signage promoting a future encounter with the soda company’s lovable polar bears, housed inside a secret room in the middle of the store.

Now, thanks to the daring photography of field parkeologist Dena L., we can see that this was all a cover for Coke’s ill-fated tunnel to the center of the earth. That tunnel is now complete, the portal has been opened, and an unspeakable demon has been unleashed on Disney Springs.

There are no words to describe the ensuing photographs, but be warned that they will give you nightmares, similar to other hellspawn summoned in the Disney parks. 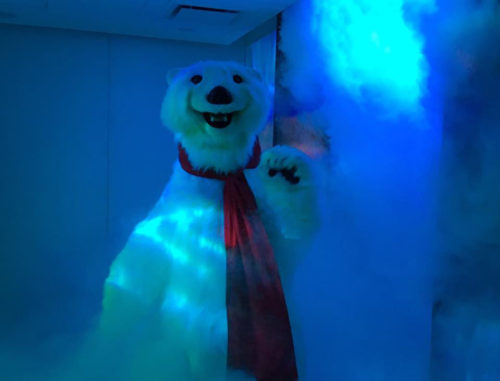 The creature emerges from the fog. This midday, after snacking on several tourists in the morning.

When parkeologist Chris K. encountered the creature earlier in the day, he had mentioned a white scarf… But this is several victims later. 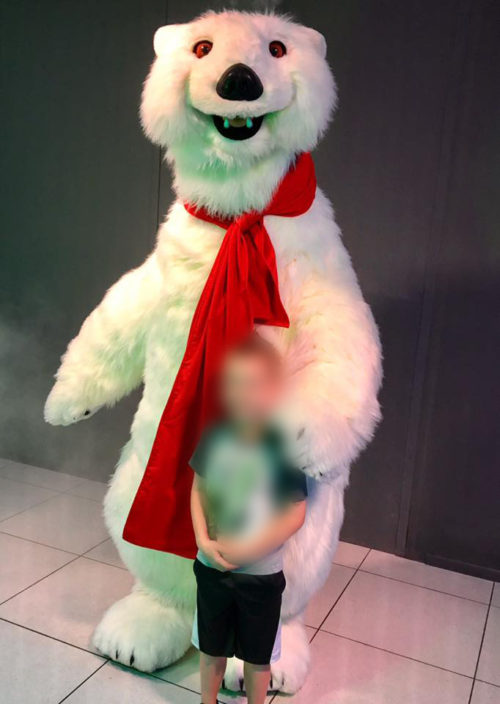 Those red eyes. Those fangs. That witless smile.

The unlucky child in this photograph had already begun his transition into the paradimensional form necessary for the monster to devour his soul. 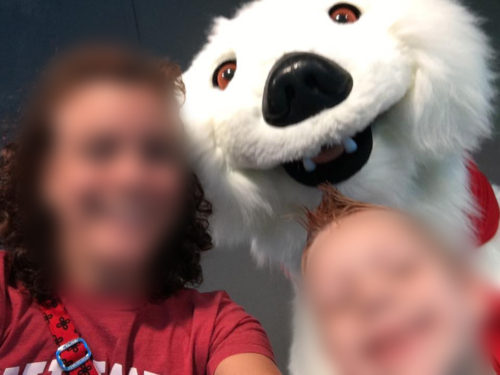 Disney has issued a travel advisory to all guests visiting Disney Springs. Have plenty of holy water on hand and do not — repeat do not — venture into the Coca-Cola Store after dark.

At least until the special team from the Vatican arrives.