Last Saturday marked the reopening of MuppetVision 3-D, a Studio staple since the early 90s.  The rehab included a new digital projection system, resulting in crystal clear images the likes of which haven’t been seen since Jim Henson’s mind-expansion experiments in the 70s.  The show also got new carpet and seat coverings, shunting some of that magical Disney Air Conditioning smell to the background.

While younger sibling Honey I Shrunk the Audience hung around long after its expiration date, the warped humor and timeless characters make MuppetVision just as entertaining today as it was 20 years ago. 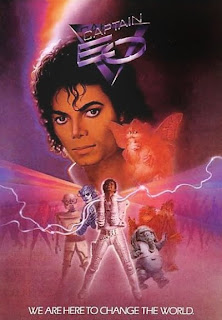 Disney finally realizes that ancient 3-D movies just don’t cut it anymore.
Some effects were still being fine-tuned (no overhead fireworks), and there are still rumors of a brand new preshow video coming our way, but on the whole, MuppetVision has never looked better.  The only thing that still jars me is the primitive Kermit animatronic in the movie’s last scene.  What, you thought that frog on the fire truck was a puppet?  It passes muster on the first few viewings, but once you realize it’s a robot, you start to see the choppiness in its movements.

Either that, or it’s puppeteered by this guy
MuppetVision comes from a time when Disney was still figuring out the concept of a 3-D movie attraction.  Magic Journeys was the first, and while charming, it was really a movie more than an attraction.  Captain EO attempted to bring the genre into big budget, but the audience still watched rather than participated.  Only with the Muppets did they start to break the fourth wall:  Talking directly to the audience and expanding on the interactive elements in the theater. 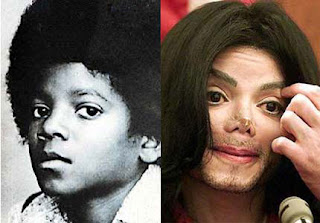 Captain EO had only primitive lasers and a disastrous Bibbity Bobbity Boutique precursor
Later movies like Honey I Shrunk the Audience, It’s Tough To Be A Bug, and Mickey’s Philharmagic took this concept further, even going so far as to hide the edits in the film, giving the impression that one is watching a magical stage show rather than a projected movie.  Muppets has no qualms about cutting from long shots to close-ups, but still manages to come off as the most timeless of the bunch.
The return of the Muppets brought a smile to my face, because I once again got to experience one of the best one-liners in Disney’s Hollywood Studios.  It comes not from resident funny bear Fozzie, or from those grouchy critics in the balcony.  Rather, it comes from the guy who can’t speak English. 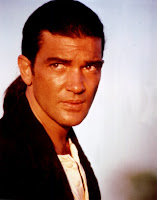 Cheap shot
Beaker is one of those great characters that can get laughs without speaking a recognizable language, sort of like R2-D2, Charlie Chaplin, or that sound effects guy from Police Academy.  He has one word, a squeaky little “Mee.”  And that’s all he says.  But the way he says it will set you to laughing.
In my opinion, the best use of this bit of hilarity occurs after Waldo, the Spirit of 3-D, is set loose in Muppet Labs.  There’s a lot happening here.  Dr. Honeydew is frantically trying to turn deactivate Waldo, Beaker is relegated to the background, and most importantly, Waldo is demonstrating all sorts of 3-D effects, which are causing the audience to ooh, ahh, and laugh.  So when Beaker lets loose with his best line, it goes completely unnoticed. 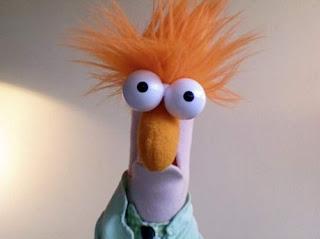 Technically the line is Waldo’s.  Beaker is just repeating it.  But because Beaker only speaks one syllable, it elevates the line into something wonderful.  It comes while Waldo is floating out over the audience.  “Boing, boing!” he says.  “I’m bouncing on people’s heads.”
Beaker, in a fit of exasperation screams back to Honeydew, who isn’t listening:  “He’s bouncing on people’s heads!”
Of course, what really comes out is “Mee mee-mee mee meee-mee mee!”  But the inflections are a perfect repetition of Waldo’s boast.  And I would guess it is missed by 99.9% of the viewing public.
Anyway, it makes me laugh.  And thanks to my brother, for finally pointing this out to me on my 307th viewing of the MuppetVision.