Test Track is full of dummies.  They get smashed and pounded in the queue, during the preshow and on the ride itself.  These dummies were made to be abused; fiberglass and steel can take a great deal of punishment. 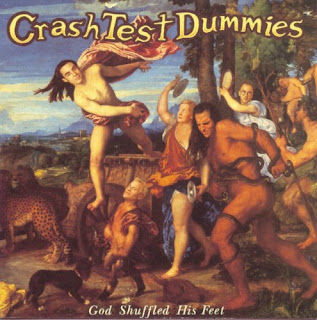 Ummmm, wrong dummies.
Carmakers use these crash test dummies to beat up, they are stand-ins, replacements and recreations of the real thing. They have no feelings, they do not complain, they take what they are given and I am sure they would say “thank you sir” if only they could. 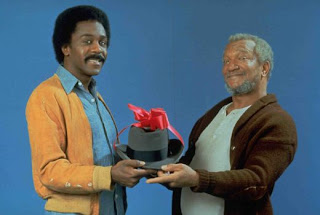 Back in the 70’s NBC aired “Sanford and Son”, the classic show about a sarcastic and acerbic junk dealer and his family business. Good old Fred Sanford used to give his son an earful each episode calling him a “Big Dummy!” much more than ever showing even the slightest sign of fatherly love.  Poor Lamont… always doing the right thing, being a good guy and ultimately getting scolded for his troubles.  I’m starting to feel a lot like Lamont these days.
You see Shane is not happy.  I took a brief vacation and then got a tad bit busy and Shane had to carry the load solo in my absence. Hell has no fury like a blogger scorned and Shane has me feeling empathy for both of the aforementioned dummies… I know how they feel! You do NOT want to get on the wrong side of Shane… trust me. 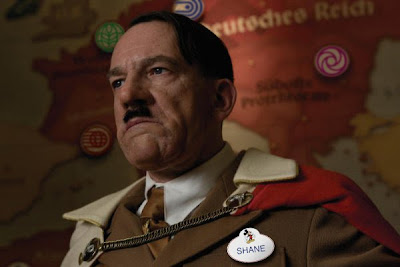 Shane commands the vast Parkeology empire from the central Florida
home offices with an iron fist.
But I’m not the only dummy that likes Disney and there is even a history of dummies that extends beyond Epcot in Disney’s past.  Back in the mid sixties Walt (who was no dummy) needed land to build “Disneyland East”.  You know the story; he wanted space. Walt did not want to repeat the situation at the original Disneyland where soon after it’s success was proven it was surrounded by prototypical “Hooters” restaurants and shops that look like they would be right at home on an episode of Jersey Shore.  No, Disney wanted land baby… LAND! 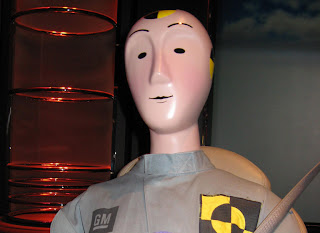 My smile is painted on, inside I cry.
But Walt was a rich guy at this point, a rich guy who had a proven track record and when landowners see a rich guy knocking on the door they see green.  Sure, central Florida was a swampy, mosquito filled back water mess at the time (has anything really changed come to think about it?) but should the landowners get a whiff of who was behind the purchases the prices would more closely match those of Central Park instead of central Florida. 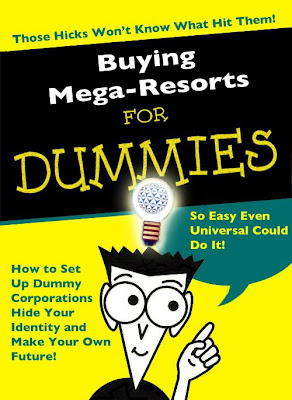 And thus the dummy corporations were born.  There was no Lamont Realty but even the stiff corporate lawyers got in the spirit of Disney storytelling a little and came up with some tongue in cheek names for the faux companies created to hide Disney’s true intentions. 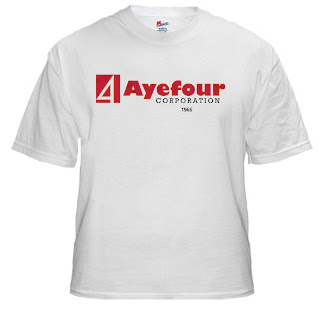 The most overtly silly was the “Ayefour Corporation”.  Pronounced “Eye-Four” this phony company took its name from the close proximity the land targeted by Disney had to Interstate 4, or I-4.  Whoever said that suits didn’t have a sense of humor?
Reedy Creek Ranch Inc. may seem obvious today because of the expansive (and Disney run) control the Reedy Creek Improvement District has over the Walt Disney World property but back then no one blinked an eye.
Likewise Bay Lake Properties Inc. slipped by without anyone looking twice.  Today Bay Lake is home to several of the resorts hotels and recreational boating but in the 60’s there were a few vacant cabins and little else in the area.  A point of interest that many people do not realize is that Bay Lake is also an actual city that houses all four of the Walt Disney World theme parks, it is one of two municipalities controlled by Disney and has a permanent population of 23. 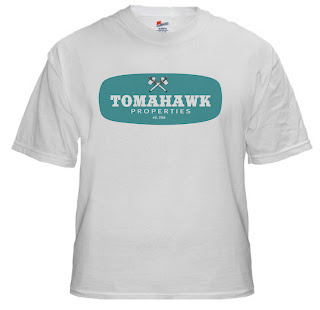 Latin American Development and Management Company was the fourth dummy company.  Maybe one of the lawyers had some Mexican food for lunch… who knows?
Finally there was Tomahawk Properties… together these five fake companies, all entirely controlled by Disney, managed to purchase 27,000 acres of land. Despite reporters trying to track down who was behind such a large land purchase and very high interest in the activity Disney was successful in hiding its identity. Such a land grab today would be virtually impossible and may not even be attempted. 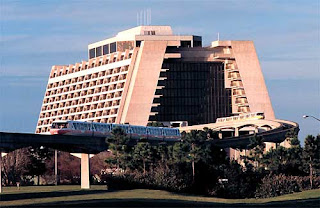