Who doesn’t love the Lion King?  It is non-stop cuddly creatures from the opening number until the very end of the movie.  Snuggly lions, huggable warthogs, squeezy giraffes.  Just sitting in the movie theater makes you want to save all the animals in the world, to spread a message of peace, love, and harmony.  We all feel that way.

Except for that cold-hearted rat Jim Henson. 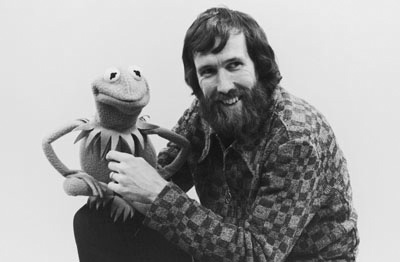 I think we can all agree that the only things missing are the horns and the pitchfork.

This guy may be all comedic bears and witty pigs on the outside, but inside, he’s a purveyor of destruction, a sadist that makes Michael Vick look like Jack Hanna.  He’s everything we hate about the Great White Hunter, slaughtering majestic beasts for his own selfish and horrifying gratification.

You probably grew up thinking Jim was an honorable guy, a favorite uncle.  But you obviously never gave serious consideration to the fact that this guy gutted frogs and stuck his hands up their dead carcasses.  So maybe I’m not the crazy one.  Maybe denial ain’t just a river in Egypt. 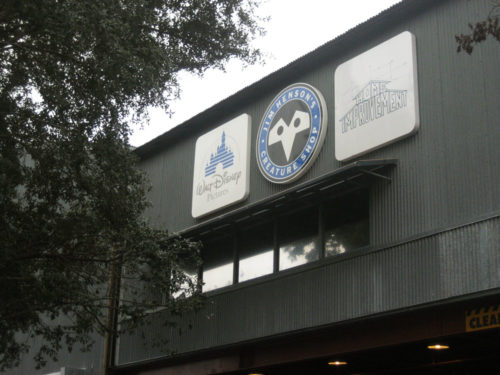 That’s his name on the building.  Him and Tim Allen, that other homicidal maniac.  If children knew the horrors these two were responsible for, PETA would be picketing Sesame Street and Buzz Lightyear would be the hottest selling toy in Darfur. It looks all innocent on the outside.  It’s just the old building that once housed the walking tour portion of the Backlot Studio Tour.  Hasn’t been used in years.

Now we know why.

Parkeology recently got a look behind the closed doors.  Some of you younger readers may want to avert your eyes.  These pictures are not for the squeamish.  What you will find below are the corpses of some of Disney’s most beloved characters, slung into the corners of an old prop warehouse. 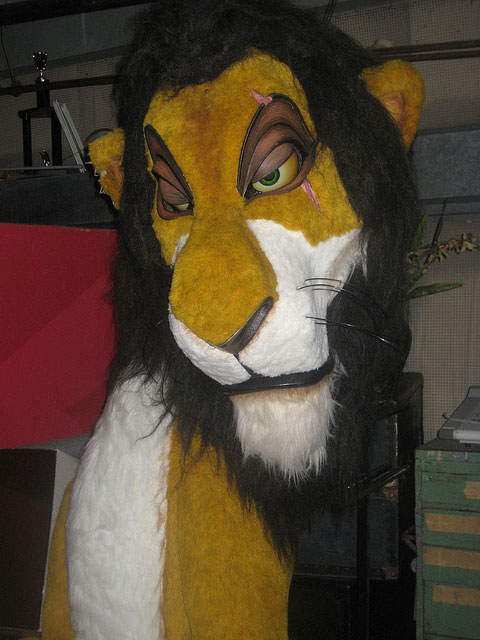 Not too bad, until you wonder why his head is so off-center from that snowy white chest. And what’s with that eye? That’s not a scar, that’s a shiner.

One eye half closed, the other smashed shut, the exposed pink flesh of a long ago wound…  Scar was definitely a villain, but this is disconcerting.  Henson has the old carcass propped up with the coat hangers and filing cabinets.

Everyone knows that the only good warthog is a decapitated one.

By that glassy look in his eye, I would say Pumbaa didn’t meet a good end.  Maybe it has to do with all those wicked looking electrical wired jammed up behind him. 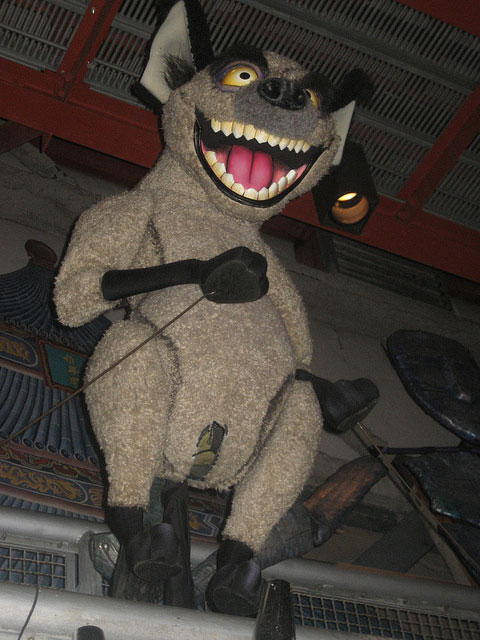 Usually when you mount animals on the wall, you don’t try to poke wires under their paws.

Does this hyena look happy to you?  I picture Henson sneering from the ground, chomping a cigar, saying “Who’s laughing now?” 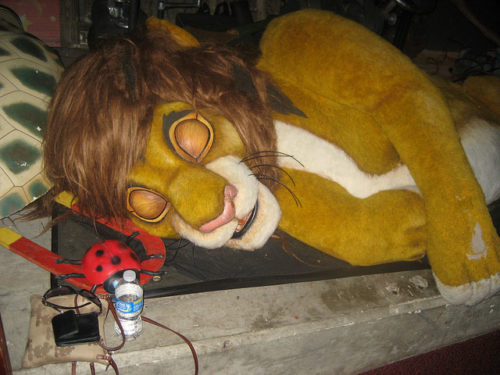 Simba looks like he woke up on the wrong side of a herd of wildebeest.  Actually, it doesn’t look like he woke up at all.  Here Lies The King of the Jungle, snuffed out all of Henson’s enemies.  I won’t even pretend to understand why there’s a dead turtle nearby, with a magnet stuffed under its shell.

I can sense your skepticism.  It took me a long time to come to grips myself.  But the evidence is there.  We always wondered why Philharmagic suddenly replaced Legend of the Lion King over in Fantasyland.  We always thought it was because the Lion King puppet show was kind of crappy.  Turns out, Disney was just covering for a bloodthirsty puppeteer who decided he wanted a few trophies.