Parkeology is all about having fun and not being too serious.  Afterall this is a blog about theme parks… not really world altering stuff.  But sometimes things are just not fun or funny, sometimes thet are serious and sad.

The past week and a half has brought us many shocking images from Japan.
It is nearly unimaginable what has been taking place and trust me when I tell you that the Japanese infrastructure makes ours look like something that is pre-industrial revolution.  If it can happen there is can happen anywhere.
In some almost meaningless way I was directly affected by the unfolding disasters as well.  We had just confirmed reservations for a trip to Japan the day prior to the earthquake, a trip that has of course now been canceled.  By all accounts the actual parks and for the most part all of Tokyo Disney Resort escaped any major damage, but the immediate area was hit hard.  More so is the continued threat of a major nuclear disaster and the long lasting effect it could have on Tokyo.

With the world watching and hoping for the best I thought this would be a good time to take a look at some of the small things that make the Tokyo Disney Resort so specialas well as the Japanese as a whole.  They take enormous pride in how they run the resort; how they tend to guests needs and how smoothly the operation is handled day in and day out.  While we may think Disney has (or depending on your point of view used to have) great customer service in the U.S. it falls far short of what they offer in Tokyo.

It is deeply ingrained in the people of Japan to respect and honor those who they are serving.  Look at the situation in Tokyo now; there is no looting, no violence, and no mass hysteria that would make a horrible situation even worse.  Rather there is calm and order and dignity and those same basic tenants carry over to the guest experience at Tokyo Disney Resort. 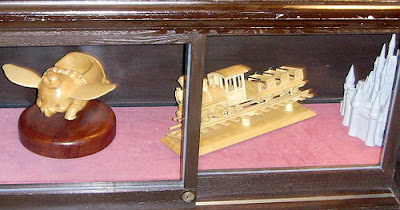 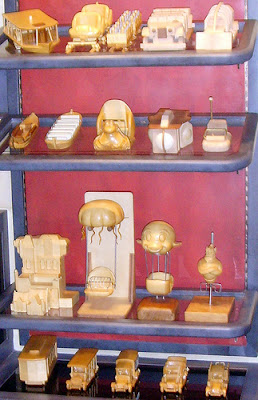 One small touch is that even though the mass majority of visitors to the Tokyo parks are Japanese (only a couple of percent of the guests are non Japanese) the park bends over backwards to make sure non-Japanese guests have a great time.  This can be seen in many ways but today we are looking at something they call Story Cards.  These single page pamphlets are created for most of the popular rides and explain the plot to those who might not understand the language and therefore have trouble following the attractions storylines.  They are printed in English but also available in Japanese for those locals who cannot hear.  It is a very thoughtful and delightful touch.  But beyond that they are often beautiful.  As we saw with the old matchbooks what could be simple, practical and utilitarian objects are elevated into miniature works of design and art.  Care is given to these double-sided cards, not only in the clarity of the explanations of the story but in the aesthetics as well.
When a cast member spots a non Japanese-speaking guest they may offer the cards to help them out.  Otherwise guests may request them from guest relations or from the actual attraction hosts.  They are not widely known about and in fact it was only on my third trip to the resort that we discovered them when a host on the Sinbad attraction at Tokyo Disney Sea offered one to my daughter.
Both parks offer them; here are some from Tokyo Disney Sea: (all of the shots can be clicked on to enlarge… DO IT)

It’s not just the biggest attractions either.  Shows and even some small attractions have them:

Of course Tokyo Disneyland has them as well, even for some very well known attractions:

As well as some unique or smaller attractions:

We will post more in the upcoming days, but click on the pictures to see some of the wonderful details.
I’d like to end with a line from a letter sent to me by Ms. Sanae Sakurai from the Tokyo Disney Resort Guest Relations Center.  She replied to a request of mine and ended her note with this:
“We the cast members, pledge to never stop trying to give our guests the ultimate experience in Disney’s theme park entertainment.We wish you a happy future filled with joy and magic and look forward to seeing you again at Tokyo Disney Resort.” 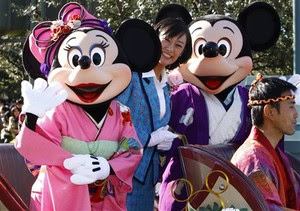 This is a pledge I know they give from their hearts.  I too look forward to seeing them again in the future, lets hope it is in the very near future.