Put on those bellbottoms, grab yourself a bandana, and brush out that Afro. We’re traveling to the groovy 70s, baby, for a date with destiny!

Here age relives fond memories of the past and all that. Opening Day crowds were estimated to go as high as 100,000 people — all of them crammed onto I-4 like a scene straight out of the Walking Dead, in a parking lot to rival the largest ever built (which happened to be the Magic Kingdom’s lot at the time).

As it turns out, the crowds are not as bad as rumored. No need for FastPass+ in 1971. You have your own set of ride reservations, dude! It’s called a ticket book. A, B, C, D, and E — that’s the biggest. So hop aboard that world-famous highway in the sky, take a little skip across the Disney-created Seven Seas Lagoon, and step into the grandest theme park on the East Coast.

Welcome to the Magic Kingdom. 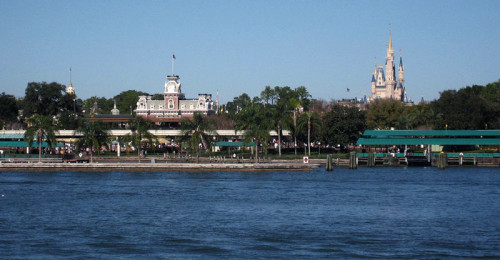 Opening Day attractions numbered a little over 20 on October 1, 1971. Over the next few months, a handful more were added. But had you been part of that first day, here were your options:

Not a bad little line-up, right? Especially considering the Disney MGM Studios opened with about a fifth of that. But the Magic Kingdom has been around more than 40 years. How many of these 23 champions are still standing?

Let’s start with some surprises — what’s missing from the list? None of the three mountains, of course. They wouldn’t start to appear until the late 70s. And no Pirates of the Caribbean either! In fact, it wasn’t even on the drawing boards, until everyone showed up and complained that it was missing. Tomorrowland was always the butt of jokes, with people complaining how dated it is. But much like Disneyland, Tomorrowland opened with only one attraction (the Raceway). Two, if you count the Skyway back to Fantasyland. Long time favorites like the People Mover, Circlevision, and If You Had Wings weren’t part of Opening Day.

What about Peter Pan’s Flight or 20,000 Leagues Under the Sea? The Riverboat or Tom Sawyer Island? Still under construction for the Grand Opening. They wouldn’t set sail until at least a few months later. And I was surprised to learn that the Swan Boats — the holy grail of defunct Magic Kingdom attractions — didn’t open until 1973. I mention all these things because it’s incredible that even the oldest of the old — those lost and lamented attractions that have been gone for decades — were themselves not even as old as we thought.

In some respects, 43 years doesn’t seem like a horribly long time. The Magic Kingdom pre-dates my existence, but not by much. A lot about me has changed over the years, but at least I still have my gorgeous, piercing blue eyes. So what about MK? Does she still have her eyes?

We can take a pencil and quickly strike a few items off the list. These puppies are gone, wholesale. Mickey Mouse Revue was shipped to Japan (and eventually closed). Mr. Toad was infamously replaced by Pooh. Snow White hung on for a long time, but disappeared a couple years ago to make room for Princess Fairy Tale Hall. The Keelboat dock remains, as does the dock for the Canoes, but neither vessel has plied the Rivers of America in quite some time. The Skyway has been obliterated. The Tangled restroom sits on the site of the Fantasyland Station, while the Tomorrowland Station has had its second floor stripped clean. 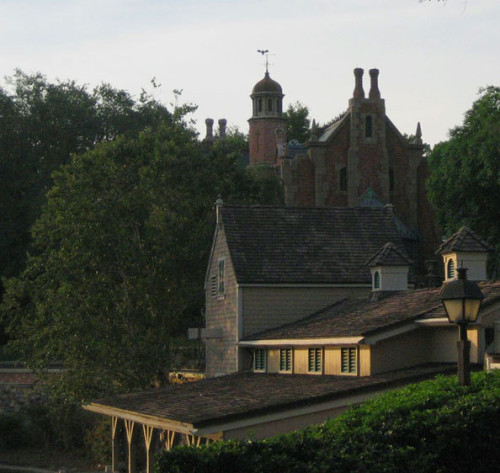 Mansion and Keelboat dock… Looks the same, but neither are.

Other attractions have morphed into retail locations. The Penny Arcade became the Main Street Athletic Club shop. The Diamond Horseshoe Theater is intact, but is used only during peak periods, and only to augment counter-service lunch. Maybe as a character greeting area, if necessary. The Main Street Cinema still kind-of-sort-of exists, but it’s a shop now, brightly lit, with a solitary screen showing old cartoons as an afterthought.

That whittles it down to 14 hopeful candidates. And as we enter the swimsuit portion of the contest, looks start to matter.

Take Dumbo, for instance. The actual ride is effectively the same. Pachyderms going around in circles. But we all know Dumbo’s recent history. He was moved a football field away, to a new spot in Storybook Circus, where he gained water features, a giant themed queue building, and oh yeah, an exact duplicate of himself next door. That’s not the Opening Day experience.

How about the Tea Cups, who have been going around in the same circles for 40+ years in the exact same spot? It may seem cruel, but we need to cross them off the list as well. Riding the tea cups under a shady canopy strung with festive Mad Tea Party lanterns may seem as classic as they get, but the Opening Day cups didn’t have that roof. Swelter in the Floridian sun if you want the original experience.

The Grand Prix Raceway is now called the Tomorrowland Speedway, and it was never really big on theming anyway. Surely that one is as close as they come to Opening Day… except that it acquired some Indy 500 backdrops and racing towers back in the 90s, and a body style for the cars that is just different enough to eliminate it from contention.

A bunch of other attractions are guilty of the sin of omission. The Country Bears remarkably held on for a long time, and there’s not a single bit of the current show that did not appear in the original show… unfortunately, there’s a few minutes of the original show that does not appear in the current show, thanks to some recent tweaks to the running time. Similarly, the Tiki Birds (aka Tropical Serenade) did disappear for awhile, before a triumphant return a couple years ago. But just like the Bears, the show was adjusted for length. The Offenbach sequence was jettisoned, as was the magic fountain effect. 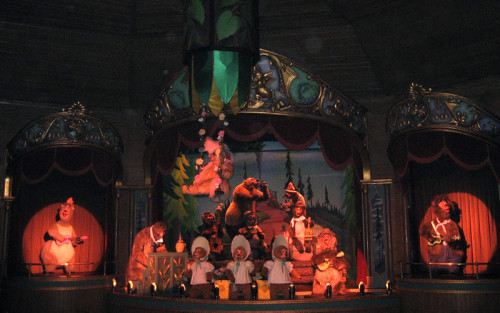 A familiar finale… but shortened

Haunted Mansion made a proud run at the title, but recent improvements (the Escher stairway room, the Cemetery queue, the CGI hitchhikers) knock it out of the running. The Hall of Presidents has added 7 presidents since the debut in 1971, and the narration and film-based portion of the attraction has changed significantly.

The Frontierland Shootin’ Arcade is still (miraculously) around, but the original version used lead-pellet firearms, not the infrared beams of today. And I believe the set was a similar theme, but not an exact match.

The Walt Disney World Railroad looks oh-so-close at first glance… but the narration on the train is totally different, and how can we keep it in the running when 2 of the 3 stations are completely different from Opening Day? 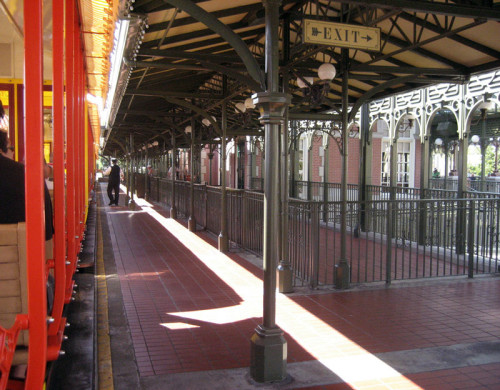 Late afternoon at the Main Street Station can still bring a whiff of nostalgia.

By my count, we’re down to five. Five Opening Day attractions that still look and sound much as they did way back when.

I’m going to be perfectly honest with you. I’m on the fence about Jungle Cruise. The boats have changed over the years, and new jokes have filtered in and out. But it seems to me to be very similar to its opening day incarnation. The queue has gained some set dressing over the years, and maybe there’s a new visual gag or two (the downed aircraft is within the last couple decades). But if you’re looking for the Opening Day experience, this one comes pretty close.

I could also nitpick about It’s a Small World. The loading area’s white facade and mechanical clock are relatively new (within the last 10 years). That last room with all the different foreign words for Goodbye has also changed over the years (most recently to add My Magic Plus screens). But overall, this attraction is very nearly identical to the Opening Day boat ride. Keep it on your list for time travel.

The Main Street Vehicles are hardly worth arguing about. They look the same as the Opening Day, near as I can tell. You still have the horse cars, the fire engine, the jitney, the Omnibus. These are true Opening Day experiences.

And Cinderella’s Golden Carousel — while now called Prince Charming Regal Carousel — has been circling the same path for over 40 years now. Aside from the occasional Aladdin or Pocahontas song, the new signage, and the displacement of a couple horses for a static bench, it’s the same ride.

And then we come to my personal favorite, the attraction I feel best represents the original Magic Kingdom. The Swiss Family Treehouse. Very little about this incredible walk-through has changed over the years. It is truly timeless, and its views are still the best available in the Magic Kingdom. I live in constant fear that Disney will decide to rip this one out and put in a fairy meet-and-greet, so please, if you simply must time travel, make this one your first stop. And your last. And spin the turnstiles a few extra times for good measure. Long live the Swiss Family Treehouse! 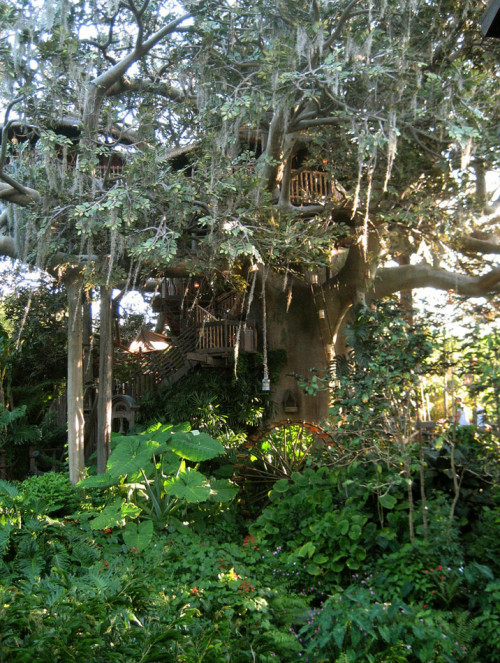 The grandfather of them all.