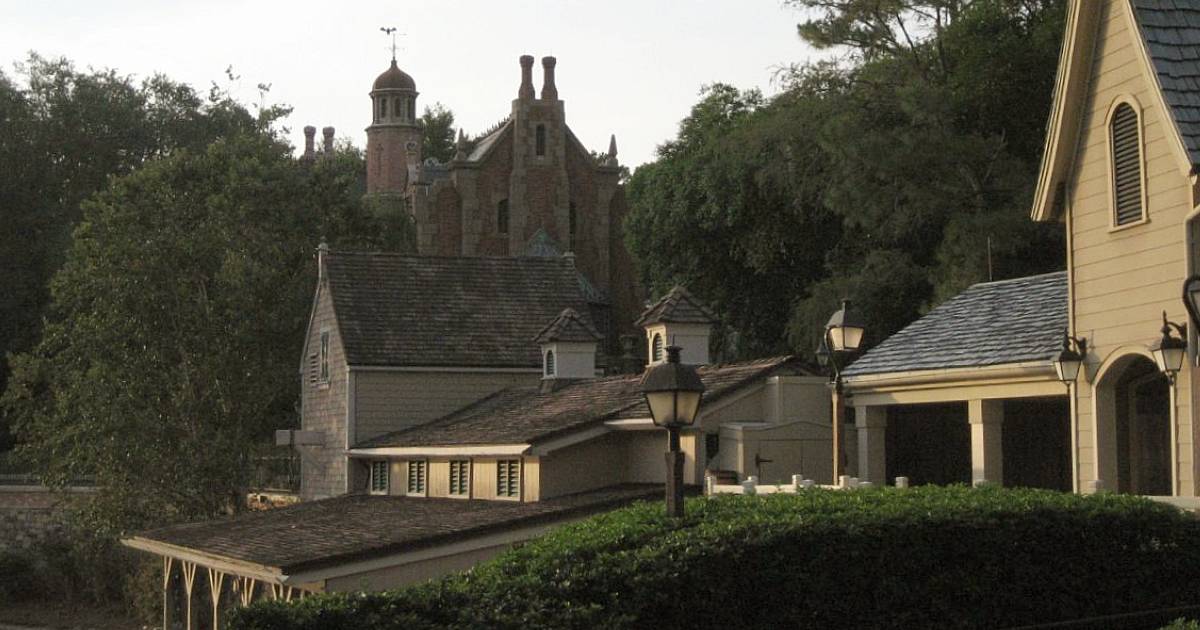 In what is undoubtedly the 43rd most interesting thing ever dredged from the bottom of a theme park ditch, the fabled lost dock of the Mike Fink Keel Boats has finally been found!

We are pleased to bring you a first hand look at this exciting discovery.

What are the Mike Fink Keel Boats?

The Mike Fink Keel Boats were an Opening Day attraction at the Magic Kingdom, plying the Rivers of America in Frontierland along with the Liberty Square Riverboat, the Tom Sawyer Island Rafts, and the Davy Crockett Explorer Canoes.

Guests were seated on two levels. The indoor bottom level had a terrible view and no air conditioning. The outdoor top level had a great view but no shade for your 15 minute trip around the corona of the sun.

A live pilot gave a “hilarious” running spiel as you made your circuit. Think Jungle Cruise, but without as many animals (unless you count the Haunted Mansion howling dog).

As Magic Kingdom boat attractions go, it’s probably the fourth-most missed, after the aforementioned Canoes, the Swan Boats, the original Admiral Joe Fowler sternwheeler (which they literally dropped from a crane and broke), and Splash Mountain, which hasn’t even closed yet.

When you’re losing a popularity contest to rides that you literally had to paddle yourself while the idiot in front of you splashes contaminated ditch water all over you, then maybe it’s no wonder that the Mike Fink Keel Boats dock has remained submerged for so long.

Still the Mike Fink Keel Boats has long held a special place in my heart. For one, it was my audition spiel when I came down to Florida to try my hand as a Cast Member in college. Apparently my Mike Fink accent didn’t pass muster. They hired me for Big Thunder.

A couple years later, this was the ride that pushed my wife over the edge when I forced her to ride every ride on our vacation — a spark which eventually kindled the epic Parkeology Challenge.

So What’s the Deal with the Dock?

Believe it or not, the Mike Fink Keel Boats dock has seen more action this past year due to covid-19 than in the previous twenty years combined.

Because of social distancing, the Haunted Mansion uses the old Keel Boats queue area as an overflow on a daily basis.

Guests traverse a steep series of ramps that takes them down to the Riverboat walkway, then back up through the Keel Boat queue in reverse. It still contains some elements of theming. Nautical touches like harpoons and pulleys and discarded fast food wrappers.

This covered structure also functioned as the FastPass distribution area for Haunted Mansion, back when paper FastPasses were a thing. But no actual Keel Boats can be found today.

While the building is undoubtedly cool for Parkeologists, this is not the actual dock. Mike Fink never pulled his Keel Boats right up to the building for guests to hop on.

As you can see above, there was an actual dock over the water, just as you’d find for the other Rivers of America attractions. And that dock has been gone for decades.

The Submerged Lost Dock of the Mike Fink Keel Boats

Recently the Rivers of America received some much needed refurbishment at the Magic Kingdom. A lot of major projects were completed, such as rebuilding Harper’s Mill on Tom Sawyer Island and continuing to pretend that the burning settler’s cabin isn’t broken.

But none of them involved the Mike Fink Keel Boats.

However, in order to refurbish the island, they drained the entire Rivers of America. And what should we find under all that bacterial scum?

As you can see, there are 8 pylons. They at least give off the appearance of calcified wood, though it’s possible that they are actually concrete. These would have supported the actual loading dock for the attraction, which you can see above.

There is also a clear concrete pad around the pylons, probably for added for stability. As Captain Nemo states in the old narration for 20,000 Leagues Under the Sea, “these crumbling heaps of stone betray the hand of man.”

For many years, these stumpy pylons have remained hidden to prying eyes. Like Haley’s comet, we have caught only a brief glimpse before it once again plunged beneath the waves of the Rivers of America. It may slumber for many more decades still, like the sunken island of Disney Springs.

Now we can finally turn our attention to other concerns. Like what the heck is behind that giant pink door to the left of the dock? Is this another Animal Kingdom Water Temple mystery?

And while we’re at it, did you even click that link about how they dropped Admiral Joe from a crane and wrecked an entire riverboat? Buried somewhere on property, the legend says. Along with several submarines from 20,000 Leagues Under the Sea. Do we need to seek out this graveyard of lost ships?

And if that all fails, we can always track down the old Davy Crockett Explorer Canoes dock.

When it comes to Parkeology, the adventure will always continue.