Effective December 6, the Corp has unexpectedly ceased all space missions and recalled dozens of starships back to base, following allegations of corruption and mismanagement within the High Command.

At the center of this debacle, of course, is the infamous Admiral EO.

EO is no stranger to controversy. When he first joined the Corp in the early 1980s, the young cadet scored high marks on his entry tests in leadership and creative problem solving, but his final year at the Academy was tarnished by accusations of cheating when he became the first and only cadet to achieve a perfect score on the difficult moon walk exam.

The case made headlines because of the lurid details involving EO’s instructor in the exercise, one Lt. Commander Billie Jean, who disclosed an improper romantic relationship with EO. The young cadet denied the relationship at the time, but declined to take a paternity test regarding Lt. Jean’s infant son.

With only circumstantial evidence and intense pressure from the EO family, the charges were eventually dropped and EO was allowed to graduate. 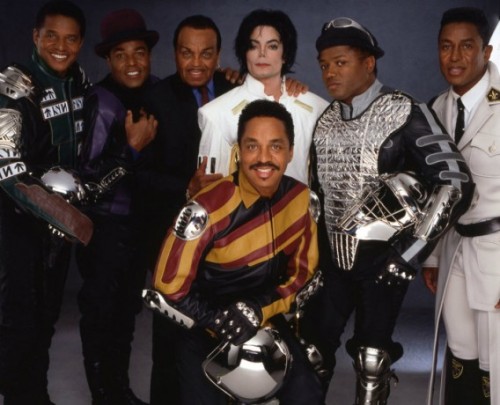 Admiral EO, shown here with his brothers, many of whom still hold rank within the Corp. Not pictured: his sister, Ensign LaTOYO

He was fast-tracked into officer training, and was eventually promoted to Captain in 1985—one of the youngest ever to achieve that rank. But his first several missions were so disastrous that he and his entire crew were almost drummed out of the Corp.

EO managed to resurrect his career with a diplomatic mission to the planet of the Supreme Leader, an outlying industrial world known mainly for its trash can export business and its dictatorial government.

This success made him a media darling and brought him back from the brink of a dishonorable discharge. But when court records from the Supreme Leader’s planet surfaced, naming Captain EO as the recipient of a 100-year prison sentence, some in the media began to question whether EO had actually carried out the peace-keeping mission as instructed.

Conspiracy theorists have had a field day with the idea that EO simply assassinated the Supreme Leader and replaced her with a lookalike. Archival footage from the 1980s appears to show marked differences in the Supreme Leader’s appearance.

EO’s crew from that infamous mission have not helped matters. Only one of them still has any association with the fleet. Commander Idy is listed as a navigator with the reserves, though it is strange that Idy’s conjoined twin, Commander Ody, is officially designated as retired from active duty.

Major Domo is also retired, though tax records show that he works part-time as a “logistics consultant” for Star Tours, LLC, a civilian travel company.

Minor Domo is deceased, killed in action during the Battle for Space Mountain in the late 1990s.

Sergeant Fuzzball never returned from the Supreme Leader mission, and his official status is MIA. Neither EO, Commander Bog, or the Corp Command have ever commented on Sgt. Fuzzball’s fate.

Only Private First Class Hooter is outspoken in civilian life, much to the Corp’s dismay. PFC Hooter held a brief position as a sales rep for XS-Tech, but poor performance and a lifelong battle with substance abuse led to his termination in 2002, ahead of that company’s bankruptcy restructuring in 2003. 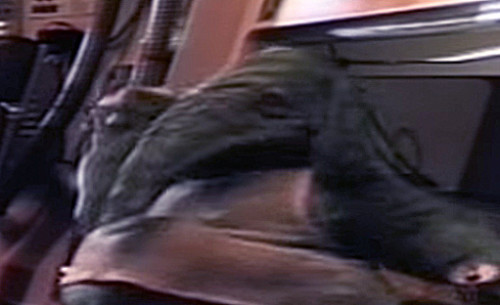 PFC Hooter, seen in this still from an interview given to WBRZ Channel 2 in late 2013. Judging by the beer in his hand, this is likely before he entered rehab for alcohol addiction in November of that year.

Hooter has grown progressively more outspoken in his criticism of the Corp in general and Admiral EO in particular. Only last year, Hooter made national headlines when he claimed that Fuzzball was the real hero of the Supreme Leader mission, and that the tiny flying orange monkey managed to take out two whip warriors with a single knot maneuver, while then-Captain EO was incapacitated.

Hooter even went so far as to suggest that EO “got rid” of Fuzzball in order to claim all the credit for the success of the mission, and that his fellow shipmates are just “too scared to speak up.”

Then again, PFC Hooter’s credibility has always been in question, and he may only be trying to drive up interest in his “Official Map to the Supreme Leader’s Planet,” which he has promised to place on eBay next month in order to stave off some of his creditors. The validity of this artifact is still in question, but when asked by a persistent reporter if he would be interested in bidding, Admiral EO rolled his eyes and said that the map has long since been digested.

EO was promoted to Admiral in 1994 and effectively left the galactic space missions to younger captains in order to focus on the advance technology under development by the top-secret Imagination Institute. But with the mounting costs of missions and the sudden shuttering of the R&D division, EO once again finds himself the center of controversy.

Of particular concern are the deplorable conditions aboard many of the starships, which are rarely larger than a family car, and often cluttered with alien trash. There are reports of landing beacons that malfunction, terminals with keyboards that disintegrate at the drop of a hat, and onboard monitoring technology so inadequate that it is susceptible to even the most low-level jamming techniques on the market.

In recently declassified testimony about the Supreme Leader mission, Commander Bog (EO’s former superior officer) claims that he was unable to supervise the activity on the bridge, due to unknown interference. 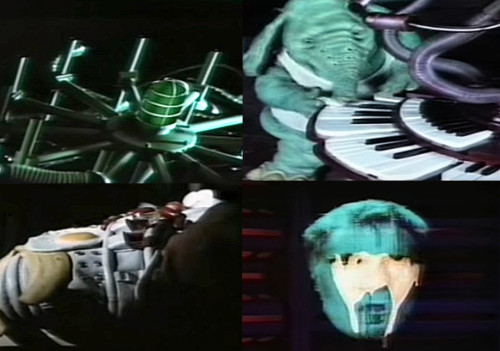 Hooter, of course, claims that this was intentional on EO’s part, and that the Admiral had a vested interest in misleading command about the specifics of the mission. EO’s response is typical of Corp top brass, saying that controversy is “just another part of me now. I am here to change the world, not respond to baseless accusations.”

Of even greater concern is the propaganda flowing out of planets in the Supreme Leader’s region. Diplomatic relations have eroded of late, which coincides with an alarming rise of militant factions among former Whip Warriors. Many in the Corp have expressed concerns that the Supreme Leader may now be too old to control the extremists within her own party, and that the return to a music-less planet may be imminent.

Admiral EO dismisses these claims as fear-mongering, and says that he will do whatever it takes—even if it means demoting himself to Captain and going back into space—to make sure the cosmos remains free of evil.