If you’re just joining us, be sure to check out the previous week of trading card reveals!

When it comes to the trading card set of the 50 Greatest Park Characters, the designers were careful to include not just attraction headliners, but also the sidekicks who always manage to steal the show.

The five cards in this week’s pack are certainly worthy of inclusion. It doesn’t matter that their names are not on the billboard. These guys upstage practically everyone who performs with them.

For proof, look no further than… 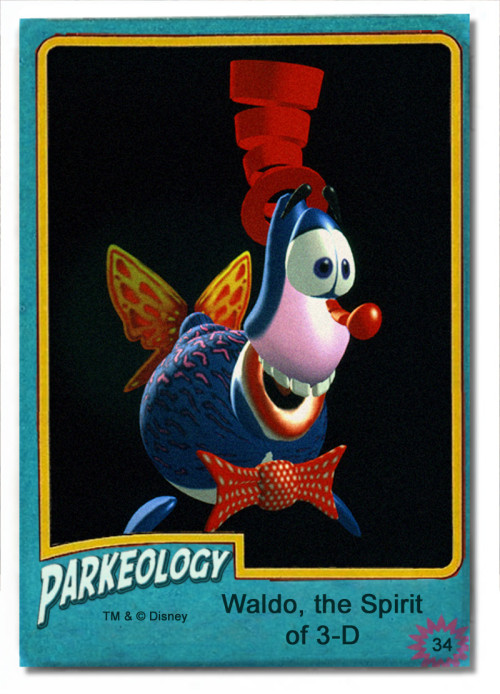 Waldo is a unique theme park creation. I mean literally. Dr. Honeydew creates him as part of Muppet Vision 3-D. He’s the only non-puppet performer, but when it comes to cheap 3-D tricks, even Fozzie Bear can’t match the awesomeness of Waldo’s runny nose.

Waldo can morph into anything — even corporate symbol Mickey Mouse. He’s so untouchable, you couldn’t hit him with a … CANNON?! Hey everybody, he’s got a cannon!!! 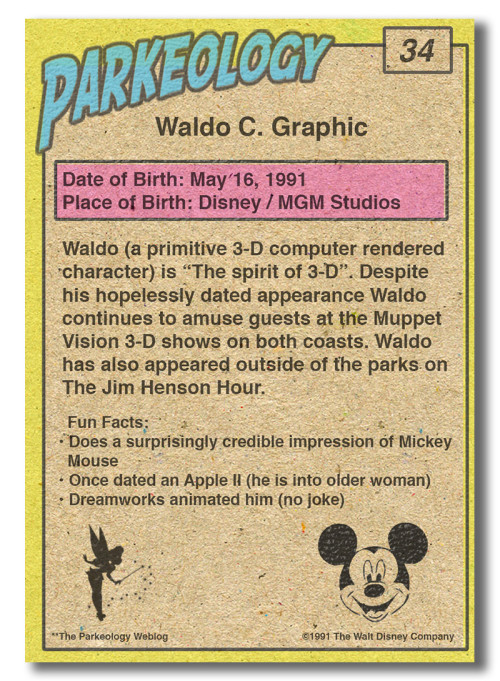 Anyway, you know the drill. Waldo holds his own with the Muppets, and that’s saying something.

And speaking of going toe to toe with beloved characters famous for funny voices and weird haircuts, how about the guy who manages to swipe the Best Actor trophy away from Johnny Depp in Pirates of the Caribbean? 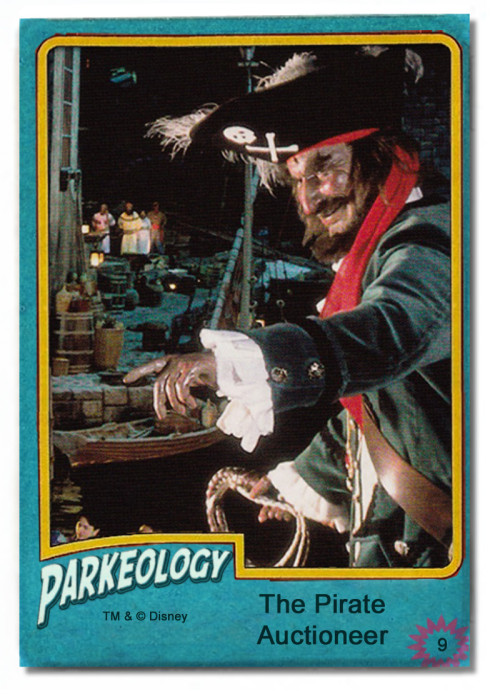 Before everyone thought the ride was based on the movie, the Auctioneer had the most commanding presence on the Caribbean stage. In fact, he still does. This is the one guy who looks like he’s in charge. With his polished speech and Timothy Dalton chin, he’s a top-notch salesman not afraid to swindle his own shipmates out of a few gold pieces, even with suspect merchandise. 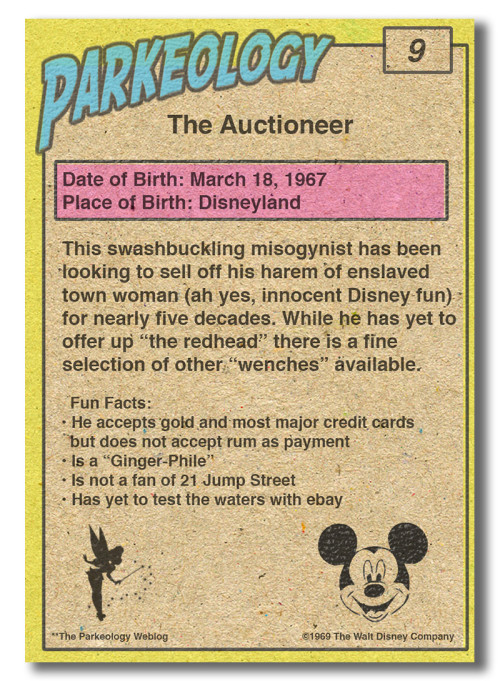 It helps that he’s teamed up with the Redhead, who appeared earlier on our list. Two of the Greatest Park Characters of all time sharing the stage. It’s like Glengarry Glen Ross, only with Pirates.

The next three characters fall solely in the realm of comic relief. Hooter (or PFC Hooter, as he is known in this tell-all biography), is a perfect example. 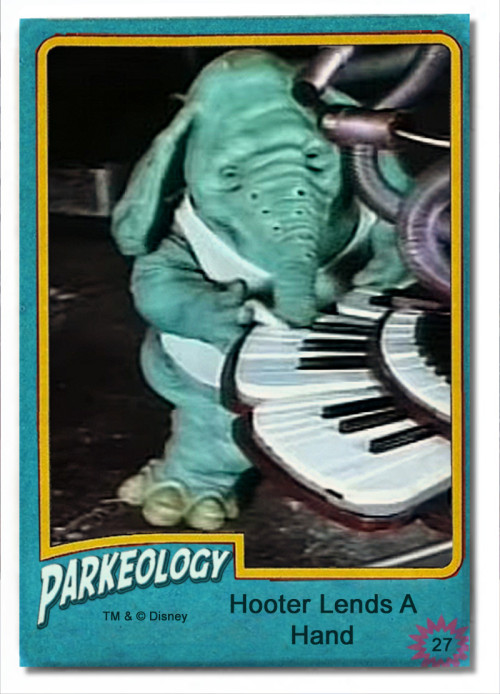 Captain EO may have a great smile and some funny costumes, but Hooter is the physical comedy genius of this ragtag band. He’s Buster Keaton, Harpo Marx, and Babar the Elephant rolled into one. 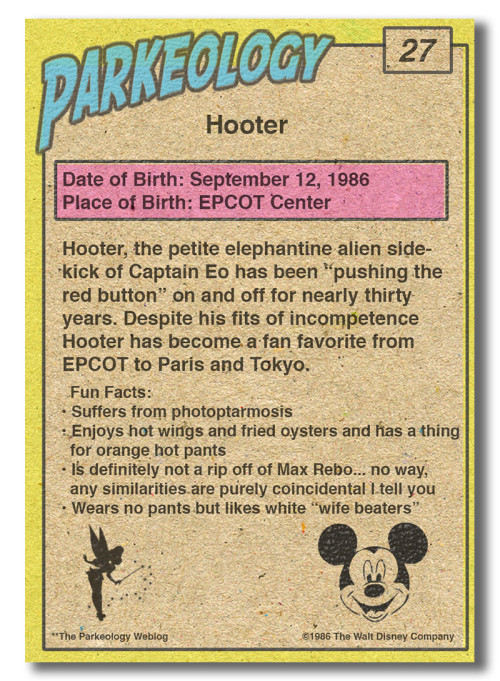 What other character in the Disney theme park pantheon can get away with eating a map, wearing a trash can as a disguise, and nearly ruining someone’s trip? 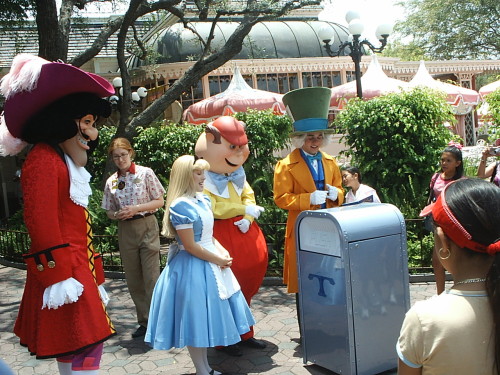 Okay, you got me there

Next up we have one of my personal favorites, a guy who made me laugh the minute I heard him back in 1989, and kept me going through his entire preshow. For years, I swore he was voiced by Robin Williams (it’s actually Corey Burton). 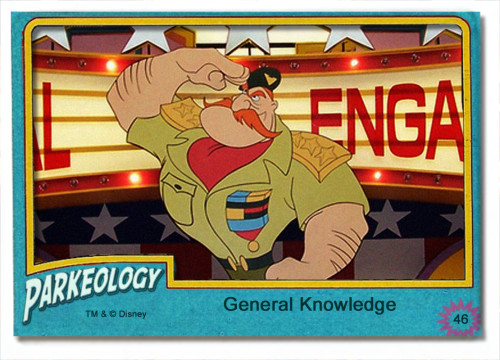 General Knowledge skewers everything from army drill sergeants to Ernest P. Worrell (hey, it was the 80s). There are the obligatory chicken jokes, and even a shot at Walt Disney World. He mainly commands the preshow, but he also pops up from time to time during the Cranium Command main show as well, threatening Buzzy with one of those ridiculous chickens (“Brrrawk! I don’t need a brain! I’m going into politics! Brrawk!”). 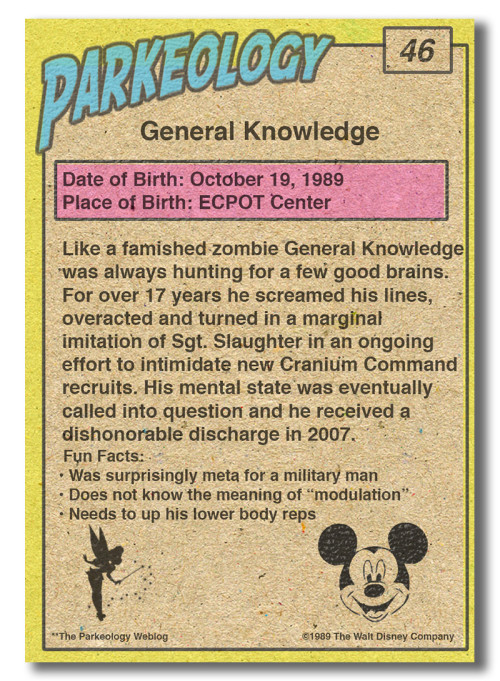 Now for the last guy in this week’s deck. He’s the fan favorite — the Country Bear with the worse singing voice, the most disturbing song choice, and the highest BAC reading this side of Grizzly Gulch. 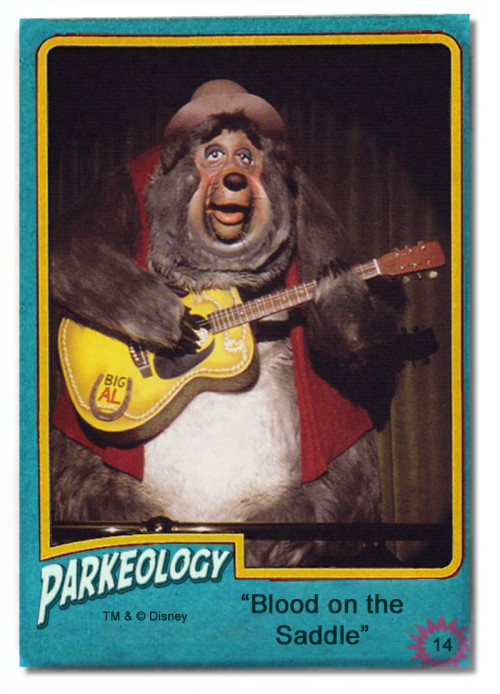 Of course Big Al made the list! Do you think the guys who came up with this deck (whoever they are) are stupid? Everyone loves Big Al. You sing his song all the time (admit it, you know you do). 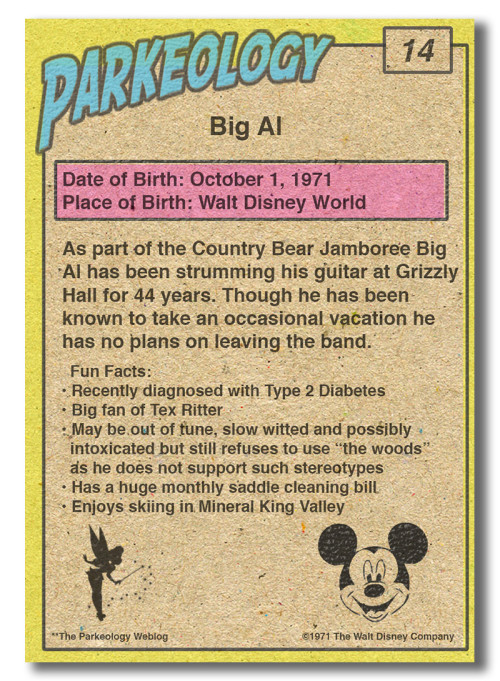 And when you think about it, the guy is a nut case. Think about that cowboy. Just think about it! Why is there so much blood??? Big Al is a killer, no doubt about it. Anybody who shows up for the Christmas show wearing a diaper like the New Year’s baby is not somebody you want to tangle with.

Tune in next week when Ted unveils 5 more characters. Only 15 left!