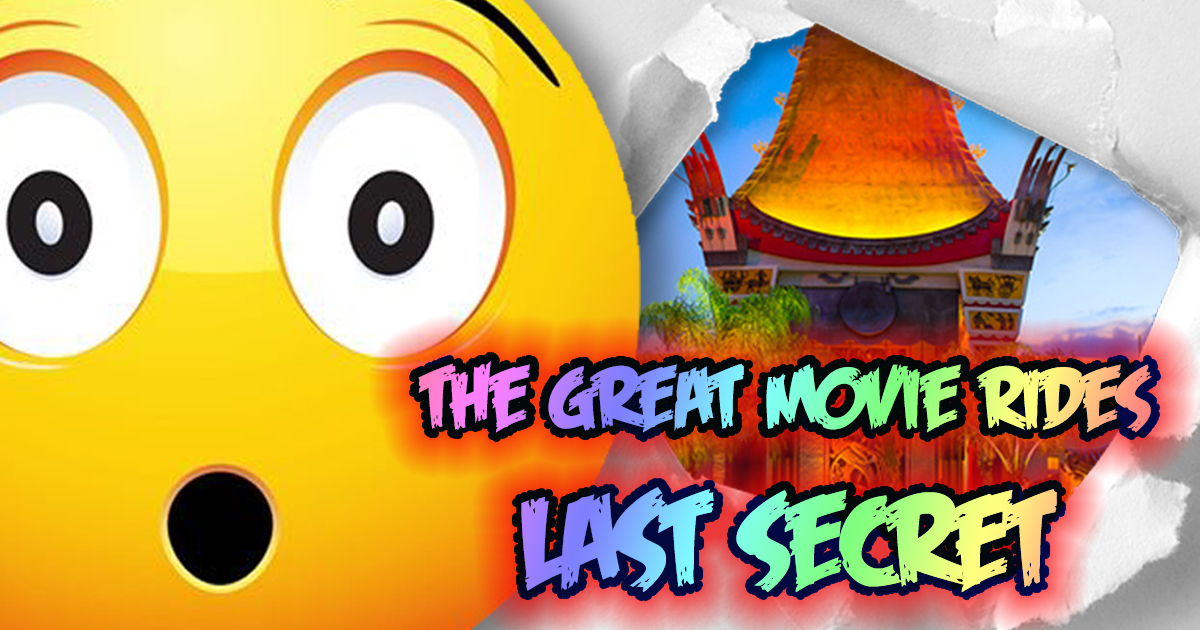 This is the coolest part of the Great Movie Ride you have NEVER seen:

We all know about Big Al’s bloody saddle but have you ever heard of the Great Movie Ride’s bloody shirt?

Thanks to a kind reader and original cast member who helped open the Great Movie Ride in 1989 we have unearthed a remarkably interesting tidbit that we had never seen (and are betting you have not either).

We were surprised to find out that many guests did not realize that the Great Movie Ride indeed had two totally different “hijack” scenes: the relatively simple gangster scene (featuring a full scale gangster car and shoot out) or the more complex cowboy scene highlighting live fire, an interactive Audio Animatronic gunslinger and apparently at one time even some blood and gore!

The original script called for the cowboy hijacker; (either “Ma Durango” or “Kid Holstein”, yes, the characters had actual names), to deliver a potentially fatal chest shot to the tour guide as they seized control of the ride vehicle (Note: Another reader has let us know the gunshot was actually intended for “Mugsy” in the gangster scene, see comment below). The cast member was meant to spin around feigning impact while simultaneously ripping off a removable flap exposing a bloody chest wound. While this is no doubt a very cool detail it is also no wonder why it got pulled prior to opening.   (it was only the gangster scene) had a similarly gory reveal but it is interesting to see just how far the Imagineers wanted to take things.

Speaking of the original script for The Great Movie Ride, it was over 60 pages long! As a former Jungle Cruise Skipper trust me when I tell you that is a LOT! That original script used virtually no recorded narration and instead depended solely on the talents of the live hosts (ala: The Jungle Cruise), this of course changed prior to opening and the live narration was reduced even further in the most recent refurbishment. It is a shame that the acting abilities of the Great Movie Ride hosts were not allowed to shine more, I am sure there would have been some memorable “Writhing in agony” gunshot performances.

Now The Great Movie Ride has had its last run, the cast members have taken their final bows and workers are in the building sledge-hammering our childhoods. However the ride and its unprecedented level of cast member interaction lives on in our memories, on YouTube and in at least one faux bloody piece of wardrobe kept safe for nearly three decades and counting.